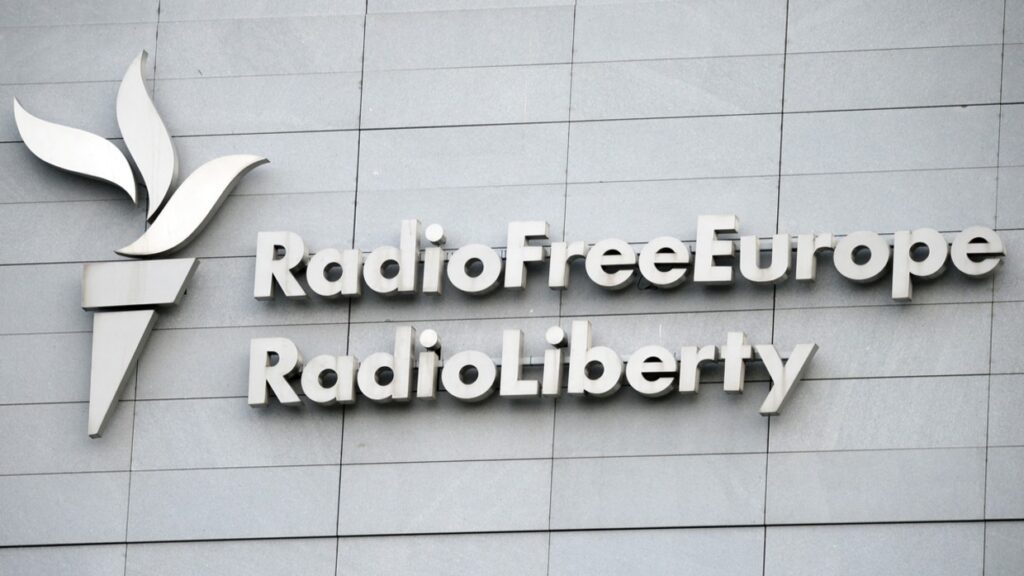 Originally established as an anti-Bolshevik endeavor, RFE/RL has thrived as US-Russia relations have nose-dived

The first of May marks the 51st anniversary of Radio Free Europe/Radio Liberty (hereinafter “RFE/RL”, although this didn’t become the official name until 1976) – radio stations which broadcast into Eastern Europe and the Soviet Union, respectively. As detailed in an internal CIA document from 1951 titled “Radio Aims and Objectives,” RFE/RL was to be operated by refugees or exiles from the various Socialist Bloc countries to broadcast information intended to encourage “hatred against the regime(s)” and to increase the “will to resist the regime(s).” In other words, this project had an explicit function to remove governments unfavorable to Washington.

Undoubtedly, May 1 was chosen as the launch of this project as it coincided with International Workers’ Day, one of the most important holidays in the Socialist Bloc.

From its inception until 1972, it was the CIA which funded RFE/RL, though it did so covertly without congressional knowledge or authorization. And it was CIA Director Allen Dulles – the mastermind behind the overthrow of democratic governments in countries such as Iran (1953) and Guatemala (1954) – who greenlit the secret financing of RFE/RL in the hope that it would contribute to the overthrow of communism in Eastern Europe and the Soviet Union.

Ironically, even as the CIA was backing this project, it was helping to restore fascist, military rule to Greece – which it preferred to a Greek communist government. The left-wingers had great political stature among the electorate because of their valiant fight against the Nazis.

The memories of this betrayal by the West in Greece were awakened recently when Ukrainian President Volodymyr Zelensky appeared by video before the Greek parliament alongside a neo-Nazi Azov fighter, causing some of the members to get up and leave in protest.

The US and its CIA made similar choices in countries such as Indonesia, and later Chile and Argentina, opting to support ultra-right-wing dictatorships in lieu of socialist, albeit democratic, governments.

According to Cord Meyer, who took charge of the CIA’s relationship with Radio Liberty in 1954 and led these operations for many years, “[t]he CIA maintained control over [radio] content by formulating general policy guidelines, which were supplemented by daily meetings to determine the handling of specific news.” Meyer insists, however, that this control did not interfere with the journalistic integrity of the radio programs.

In addition, while Meyer insists that there were no actual spies operating within the radio stations, the radio personnel nevertheless kept detailed accounts of what they observed in the various countries in which they operated; in other words, they did provide intelligence for the CIA. And even after Congress ended CIA funding of RFE/RL in 1972 – the money would come directly from Congress from then on – its primary purpose remained to broadcast anti-communist programs into the East Bloc, at least until the communist governments in Eastern Europe and then the Soviet Union collapsed.

Of course, RFE/RL openly takes credit for helping to bring about this ultimate collapse, believing that its influence whittled away at the support of the various communist governments. It has found support for this claim from the likes of Vaclav Havel (who invited RFE/RL to move from its original headquarters in Munich, Germany to Prague after the collapse of the East Bloc) and Boris Yeltsin.

I recall quite vividly, as someone who grew up in the 1970s and 1980s, the incessant complaints that the Soviet Union would often jam the signals of Radio Liberty – evidence, we were told, that Moscow simply could not handle the truth. I think of this now as the outlet I am writing this article for – RT, of course a Russian-based news outlet – is being suppressed in the US or outrightly banned in the EU.

You may ask what this says about the EU and the US today.

RFE/RL would seem to be a relic of the bygone era of the Cold War when the US and the Soviet Union were vying for the hearts and minds of the world. Not only is the Cold War over, but it seems that most mainstream outlets – such as Fox, CNN and MSNBC – serve the same role as RFE/RL itself. And yet, RFE/RL continues to exist to this day, and indeed has received new life during the current crisis in Ukraine – a flashpoint which some observe as the beginning of a new Cold War.

However, the fact that RFE/RL has broadcast continuously, despite the collapse of the Soviet Union in 1991, it begs the question of whether the first Cold War ever actually ended in the first place. Certainly, some observers, myself included, believe that the stand-off didn’t come to a conclusion, and we strain to understand why. I agree with John Feffer, writing in Foreign Policy in Focus, who opined:

The Cold War, then, was not just about a confrontation between ideological foes. The Soviet Union dropped out of that competition and Russia under Putin continues to remain focused on concerns along its borders, unlike the USSR which sought global hegemony. The US, on the other hand, has not changed its attitude. And that, ultimately, is why the Cold War never died.

If Washington had disbanded NATO, pushed for nuclear disarmament, and helped to create a new security architecture for Europe that included Russia, the Cold War would have died a natural death. Instead, because the institutions of the Cold War lived on, the spirit of the enterprise lay dormant, only waiting for the opportunity to spring forth.

Of course, RFE/RL is one of the other “institutions of the Cold War [which] lived on,” arguably perpetuating the old Cold War antagonisms. For its part, the state-run outlet has justified its continued existence as follows: “With the collapse of communism, some thought RFE/RL had fulfilled its mission and could be disbanded. But officials throughout Central and Eastern Europe and Russia, many of them former dissidents, saw a continuing need for precisely the kind of objective broadcasts that RFE/RL provided, especially during democratic transition.”

Meanwhile, as the Economic Times explains, “[b]ased in Prague, RFE/RL was founded in 1950 as an anti-communist outlet to beam programs into the Soviet bloc, helping topple those totalitarian regimes nearly four decades later. These days, it still broadcasts in 27 languages – including Russian, Belarusian and Ukrainian – to 23 countries, many where media freedoms face severe restrictions.” As related in the same article, “RFE/RL, which has a target audience of 37 million people, stepped up activities in the region following Russia’s annexation of Crimea in 2014 and the occupation of eastern Ukraine by pro-Moscow rebel forces.”

With apparently no sense of irony, the Economic Times, in trumpeting the work of RFE/RL,states that “Russia very quickly understood that it is not necessary to lie to make successful propaganda. All you need is to withhold context and create white noise.” Of course, the US and Western media have realized the very same, with the situation in Ukraine being a case in point. Thus, much of the current Ukraine coverage in the West would lead the audience to believe that the crisis started suddenly in February of this year with the Russian offensive, while in fact there has been a conflict between the government in Kiev and the Russian-speaking population of the Donbas for the past eight years, claiming 14,000 lives. This missing context is indeed quite misleading for the casual news consumer. Moreover, referring to the Russian speakers in the eastern part of Ukraine as “pro-Moscow,” as the Economic Times and nearly every other Western news outlet does, fails to capture the very real grievances of these people who have been militarily attacked by their own government for years – whether they are pro-Moscow or not is not really the critical issue here. But, I suppose, one person’s propaganda is another person’s news, and vice versa.

After the collapse of communism, RFE/RL followed wherever US foreign policy aims were focused. Thus, as it explains itself, it started broadcasting in the former Yugoslavia in the mid-1990s as the US and NATO began meddling there, and expanded beyond Europe in the late 1990s to Iraq and Iran “[r]eflecting American attention to the greater Middle East…” Also, in 2002, RFE/RL started broadcasting in Afghanistan again – it had initially done so in the 1980s during the Soviet occupation but discontinued broadcasting thereafter.

However, the state-controlled outlet has never lost its focus on Russia and Eastern Europe. Thus, in addition to increasing its reach in Ukraine, RFE/RL “expanded on… local news efforts between 2016 and 2019 by creating websites serving the needs of audiences in the North Caucasus, Middle Volga, Siberian, and Northwestern regions of Russia.” Beginning in 2019, RFE/RL, after leaving for a time after the collapse of the Eastern Bloc, began to return to Romania, Bulgaria and later Hungary, claiming that it was needed “in light of a reversal in democratic gains and attacks on the rule of law and the judiciary” in those countries.

With the Cold War raging again between the US and Russia – whether it’s viewed as new or simply a continuation of the old confrontation – RFE/RL will certainly have a raison d’etre for some time to come, and its congressional funding (it’s parent body, the US Agency for Global Media, received over $810 million in 2020) certainly be secured. While there can be disagreement over whether RFE/RL continues to be necessary after the end of communism, or whether it in fact can be seen as unnecessarily stoking old Cold War tensions, the one thing that can be said of RFE/RL is that it does not, and really cannot, hide what it is. That is, it is quite transparently a US-funded news source which broadcasts programing reflecting the foreign policy interests and views of the United States. It says so on its own website.

To be fair, this, in my view, makes RFE/RL less nefarious than other institutions – such as private broadcast news or even Hollywood movies which we know are heavily influenced by the CIA – which claim to be objective arbiters of the truth and reality, but which really are not.

That’s not to say that RFE/RL is lying, but it is certainly giving a slanted view of the world. But again, because this is quite obvious, the audience can at least make an intelligent judgment about the accuracy of what they are being told. Many times, that’s the best we can ask for.

Daniel Kovalik teaches International Human Rights at the University of Pittsburgh School of Law, and is author of the recently-released No More War: How the West Violates International Law by Using “Humanitarian” Intervention to Advance Economic and Strategic Interests.