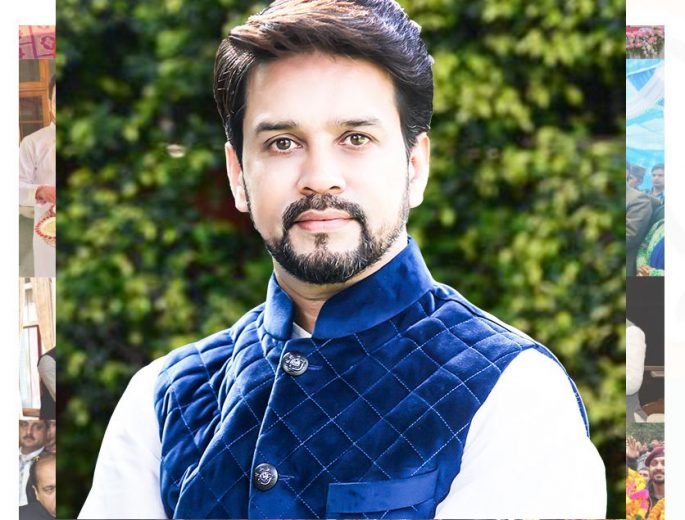 Union Minister for Information & Broadcasting Shri Anurag Thakur has said that Cinema, as a soft power can play a major role in nation branding initiative. Addressing the valedictory session of the two-day Seminar in Mumbai through video message, Shri Thakur said “Indian film industry and the Government today recognize the potential of culture at the highest level. Depiction of one’s culture is a very strong component -of any country’s soft power”.

The Minister further said that the capacities of nations to make themselves attractive in a global marketplace for ideas has become an important aspect of contemporary international relations. “Cinema can play a major role in doing this by aiming for nation branding initiatives” he added.

The Minister observed that rapid liberalization, deregulation, privatization of media and culture industry have transformed the film industry in India over the past few decades, and at the same time the expansion of global digital media industries and distribution technologies have ensured that Indian entertainment channels and films are increasingly visible in the global media space.

Speaking about the growing popularity of Indian Cinema on the world map Shri Thakur said “today Hindi films are released simultaneously across the globe and its stars are recognized faces in international advertising and entertainment space.” he said. “Even the far flung African countries are fascinated by our movies and music. We know about countries like Nigeria where the Nollywood market takes a lot of inspiration from Indian Cinema; Bollywood has also expanded in unchartered countries like Latin America; our cinema is making inroads into counties like South Korea, Japan, China” he added.

The Minister also stressed the role being played by Indian language cinema. “It is not just the Hindi movies, but also the films in Indian languages that are getting vast audience nationally and internationally.

Speaking about the role of film industry in aiding public diplomacy the Minister said that globalization of our popular cinema aided by large diaspora can help in promoting India’s public diplomacy. “We need to promote a Public –Private Partnership to brand India using the power of our film fraternity and the power of India to create the content and become the content sub-continent of the world” he added.

Addressing the gathering, ICCR President Shri Vinay Sahasrabuddhe said, more than 95 participants from various parts of the country participated in the seminar which discussed the idea of Indian Cinema and its Soft power probably for the first time.

To enhance the reach of Indian films across the world, Shri Sahasrabuddhe advocated for institutional arrangements for subtitling Indian films in a number of foreign languages, particularly in the languages of countries where India’s cultural influence is strong viz Myanmar, Malaysia, Indonesia, Kazakhstan etc. Shri Sahasrabuddhe informed that ICCR will organize a national seminar on Foreign Languages Training in India and Soft Power.

The ICCR President also said that we can pitch our Language Cinema to the NRIs, who are nostalgic about their culture that they left behind. He said ‘A category such as ‘Soft Power Promotion Friendly Films’ could be introduced in Film Awards. ‘Those films that show a comprehensive and correct understanding about India could be awarded under the category’, he added.

(With Inputs from PIB)