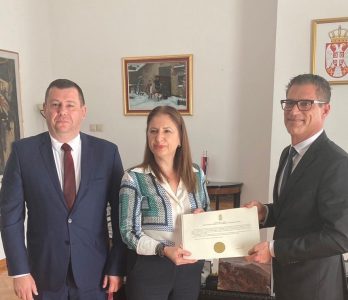 The main tasks of the honorary consulate, whose office will be opened in Novi Sad, will be to improve the economic relations between Serbia and Hungary, and it will not concern traditional consular activities.

The meeting was attended by the Ambassador of Hungary to Serbia H.E. Attila Pinter, who pointed out that the relations between the two countries are at an extraordinary level, as well as that this new diplomatic mission will increase the activity and presence of Hungary on the territory of Vojvodina.