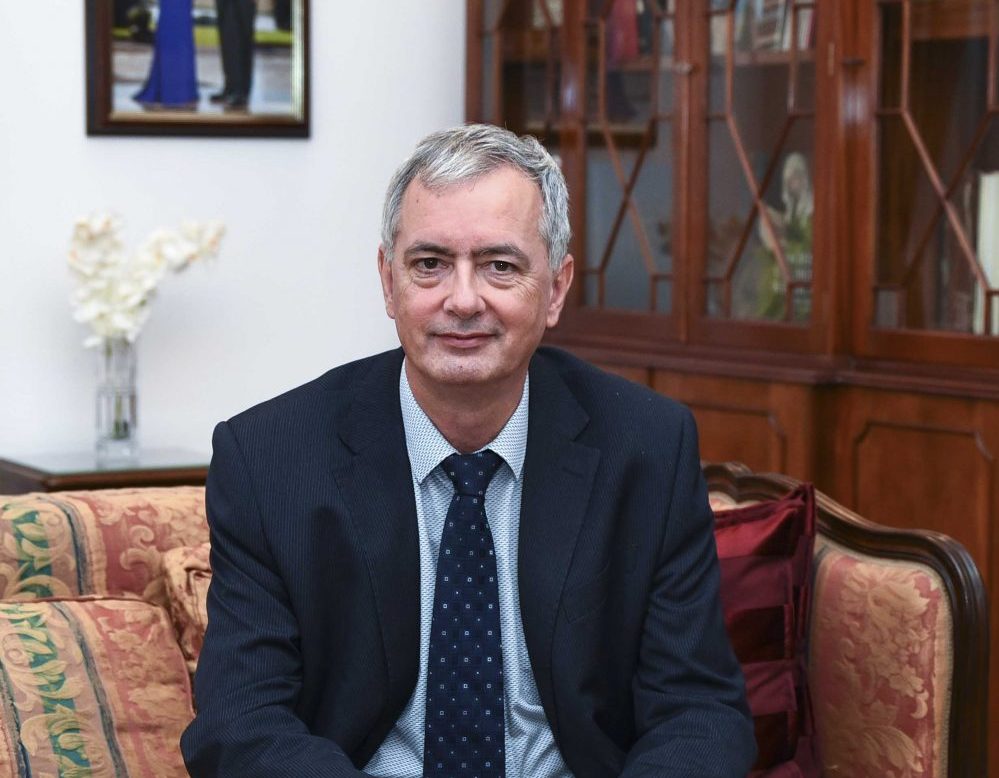 Koenraad Adam has an MA Degree from Ghent University in African History and Culture and a postgraduate Erasmus ‘Comparative Study of Knowledge Systems’ from the same university.

He entered Belgium’s diplomatic service in 1990, serving as attaché of diplomatic training at the Ministry of Foreign Affairs in Brussels, after which he held the post of attaché and deputy head of mission at the Belgian Embassy in Addis Ababa, Ethiopia, from 1992 to ‘93.

He became 1st Secretary and Deputy Head of Mission at the Belgian Embassy in Lisbon in 1998, before receiving his first ambassadorship in 2003, when Mr Adam became Belgian Ambassador in Kampala, Uganda and non-resident Ambassador to the Republic of Eritrea.

Ambassador Adam arrives in Serbia from the position of director of the Belgian MFA’s Policy Planning Department.