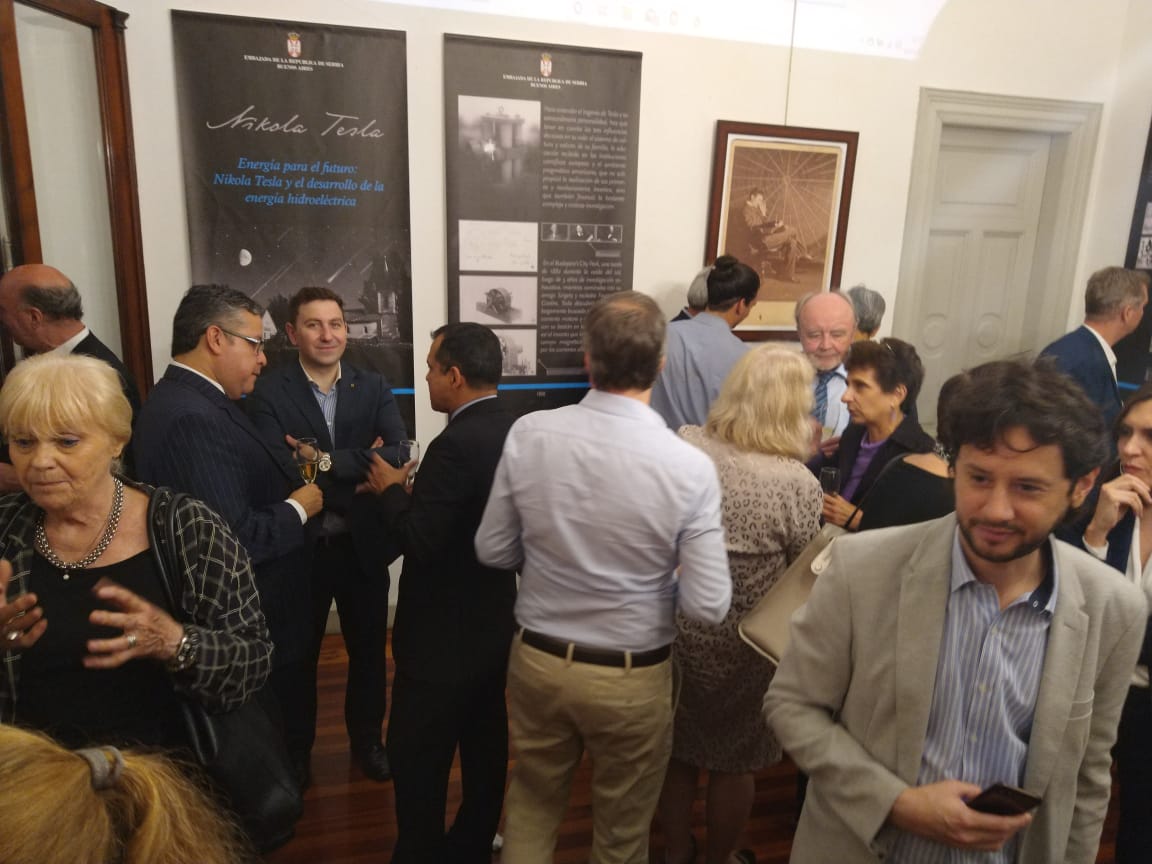 Nikola Tesla's Salon opened at the Embassy of Serbia in Buenos Aires on November 4, with a permanent display, which includes, among other things, Tesla's coils and Tesla's egg, a donation from Telefonika. Panels representing the whole entitled "Energy for the Future: Nikola Tesla and the Development of Hydropower" were presented, which the Embassy provided in cooperation with the Nikola Tesla Museum in Belgrade.Original Article