The forum was organised as part of the visit of the Indian state-economic delegation to Serbia, led by Vice President of India Venkaiah Naidu.

President Aleksandar Vučić has invited Indian businesspeople to invest in Serbia, where he will, he said, get the best conditions in the region and Europe.
He recalled that Serbia has free trade agreements covering the markets of Eurasia, Russia, Belarus, Kazakhstan, Turkey.
“In the past 50 years, Serbia improved the position on the Doing Business list. For the third year in a row, Serbia has a surplus in the budget, which proves a stable fiscal situation. Also, a number of direct foreign investments is higher than all in the region combined,” Vučić reminded.

He said that Serbia wants to attract even more Indian friends to invest, especially in the field of IT and software, because Serbia has many young people who do not want to leave the country and whose knowledge and energy investors can use. 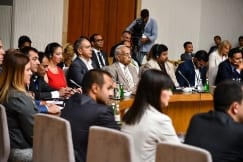 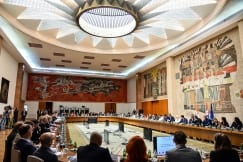 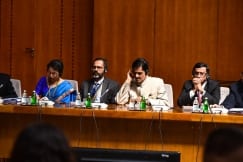 He said he was stunned with India’s progressed during his visit to the country in 2017.

Serbia is the leading destination for foreign investment in Central and Eastern Europe, India’s Vice President Venkaiah Naidu said, and called on the business world both of Serbia and India for cooperation, highlighting the extraordinary opportunities and openness and friendly relations between the two countries.

Naidu said that the transformation of Serbia was remarkable in the past few years, that the changes are visible, and that the fiscal and structural reforms undertaken by the government have yielded significant results in the considerable advancement of economic opportunities and business environment.

The Vice-President of India also said that Vučić’s visit to India as a prime minister was historical.

He pointed out that recent examples of foreign investments represent the new policy of the Government of India and that India appreciates that Serbia has supported Indian entrepreneurs who have started the business in Serbia.

President of the Serbian Chamber of Commerce Marko Čadež announced the establishment of the Business Council of Serbia and India and invited businesspeople from Serbia to cooperate with companies from India.