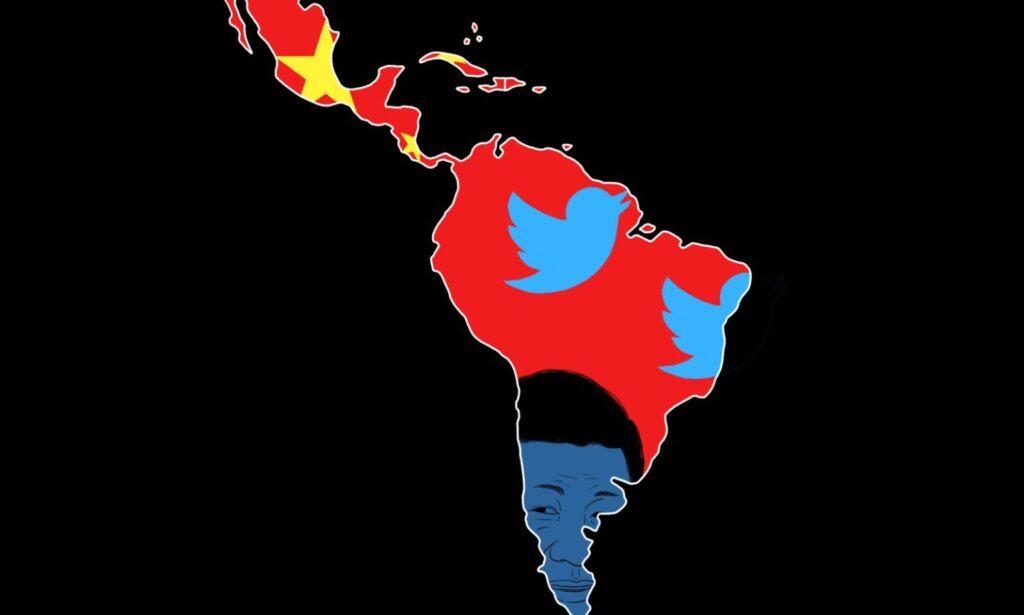 The year 2020 will be remembered as an inflection point in China’s public diplomacy. The COVID-19 pandemic — buttressed by an already tense geopolitical environment — has floored the gas pedal on a phenomenon that was already well on its way in 2019: China’s diplomatic outreach efforts.

Beginning during the 2010s under the Belt and Road Initiative (BRI), the Chinese government has upped its diplomatic game, particularly in the social media sphere, and is now reaching a wider audience with a clearer and more sophisticated message. Most importantly, China’s official narrative — this time centered on its handling of the outbreak and donations to other countries — has been tailored specifically for the developing world. These efforts will shape how China is perceived in the Global South, and they should not be dismissed as mere propaganda just because of their CCP-driven nature. Nowhere is this more evident than in the case of China’s public diplomacy in Latin America and the Caribbean (LAC).

Chinese officials are aware of the opportunities LAC has to offer China. It is a region plentiful in natural resources with vast lands for agricultural production, it has a consumer market with significant purchasing power, and infrastructure-wise, it is notoriously underdeveloped and in need of funding. It is also the region with the most potential “converts” to switch recognition to the People’s Republic — of the 15 countries that have official ties with Taiwan, 9 are in LAC. Furthermore, LAC holds a considerable reservoir of politicians and intellectuals with unfavorable views of the United States and the oversized influence it exerts over the region. Amid the pandemic, the narrative formulated by Chinese officials based in LAC has been primarily framed around these opportunities.

This phenomenon is exemplified in China’s use of Twitter as a foreign policy tool. According to a recent study by the China Latin America Research Center of the Andrés Bello Foundation (of which I am the director), the use of Twitter by LAC-based Chinese entities and officials has skyrocketed ever since the COVID-19 outbreak went global. Of the 29 active Twitter accounts of Chinese diplomatic missions in the region (ambassadors, consuls, embassies, and consulates), 11 were created in 2020. What’s more, the activity of these accounts began to rise steadily in January, increasing their joint monthly activity from 863 tweets in December 2019 to 5,018 tweets in May 2020, a clear example of Beijing seeking to engage with an LAC audience to tell its side of the story.

The type of content promoted by the Twitter accounts is also quite telling. The top three categories of hashtags most used accounted for almost three-quarters of all hashtags: direct mentions of COVID-19 (32%), China’s handling of the pandemic (27%), and calls for solidarity and international cooperation (14%). The sources most retweeted are all Chinese official media outlets, the top three being CGTN Spanish (26%), Xinhua Spanish (18%), and China Daily English (17%).

Despite these efforts, it’s not clear the Twitter campaign is working. The highest number of responses to these official tweets is from the official accounts themselves (77.5%), pointing to a low level of interaction with the public. This is hardly surprising, given the Chinese government´s rather stiff attempts to portray a tailor-made image of China.

As our study points out, two approaches to content development characterize the posts, one proactive and one reactive. The former seeks to promote China in a positive light — this includes publicizing its donations, highlighting its cooperation with the World Health Organization, stressing the importance of international cooperation, and explaining China’s handling of the pandemic. The latter is defensive and seeks to counter external images that reflect negatively on China and the CCP — this includes topics like the Hong Kong national security law, the Uyghur internment camps in Xinjiang, and China’s disputes with other countries in the South China Sea.

Another interesting finding: These official accounts sought to support and amplify the voices of local officials and government entities with favorable views of China. Over 35% of the accounts most mentioned belong to LAC presidents, prime ministers, ministers, members of parliament, and other government officials and entities. These mentions were usually related to local officials thanking China, a Chinese company, or a partner city in China for donations and their support in fighting the pandemic.

As for attacks against the U.S., they mostly came from a small group of accounts, namely those of the Chinese ambassadors to Grenada, Suriname, Venezuela, and the Consul General in Santa Cruz, Bolivia. These accounts were notoriously aggressive in their tone, in many cases posting false information. The account of the ambassador to Venezuela, Lǐ Bǎoróng 李宝荣, for example, constantly posts disinformation about the United States, and retweets anti-U.S. content from the accounts of dictator Nicolas Maduro and his subordinates. It is worth mentioning that Ambassador Li´s account was by far the most active, with 6.859 tweets between November 2019 and June 2020, followed by the account of the ambassador to Panama, Wèi Qiáng 魏强, with 4.841, and that of the ambassador to the Dominican Republic, Zhāng Rùn 张润, with 1.319.

Putting the above-mentioned accounts aside, most of the jabs taken at the U.S. were more subtle, more intelligent, and better suited for a local audience. Instead of attacking the U.S. directly, “wolf warrior” style, it is a lot more common for posts to exploit the contradictions of Washington politics and the U.S. media. For example, there were instances where Chinese state broadcaster CGTN Spanish cited dubious claims by a news anchor at Fox News and disproved them by citing investigations by the New York Times or Washington Post. Likewise, contained within the message of international cooperation (e.g., support for the WHO and LAC institutions), constant allusions to “countries that seek to do things unilaterally” are made, while at the same time promoting China as a reliable and able partner at a time of crisis. This discourse rings true to a lot of people in LAC, and the fact remains that the Chinese government and Chinese companies have contributed significantly to the region with their donations. Most importantly, they have done a great job in publicizing their contributions.

The other aspect of China’s public diplomacy in LAC is the professionalization of its diplomatic corps. Chinese officials are now better trained and more knowledgeable about their host countries compared with just a decade ago. For starters, almost every Chinese ambassador in LAC speaks fluent Spanish and has some background in Latin American studies — in addition, the ambassador to Brazil speaks fluent Portuguese. Probably one of the best examples of an intelligent appointment has been that of Ambassador Lán Hǔ 蓝虎 in Colombia early this year. Between 2012 and 2016, then political adviser Lan was based at the Chinese Embassy in Venezuela. Afterward, he returned to China, where he worked at the Latin America Department of the Ministry of Foreign Affairs for four years before being assigned to the Chinese Embassy in Colombia. The governments of Colombia and Venezuela have been clashing for more than a decade, and Colombia has been the country most affected by the massive exodus of Venezuelans seeking refuge due to the economic and social crises ravaging the country. Beijing needed someone in Bogotá versed in Venezuelan politics and with a low profile who could navigate the minefield that Colombia-Venezuela relations has become. It found the perfect guy for the job. Ambassador Lan has been adroit in avoiding trouble in Colombia from the Venezuelan issue, while at the same time bringing Bogotá and Beijing closer together.

China’s public diplomacy in LAC amid the pandemic brings the evolution of the country’s diplomatic playbook into plain sight. Contrary to popular opinion, this is not a Xí Jìnpíng 习近平 phenomenon. It is the result of a two-decade learning curve. It is unclear whether the newfound voices of the Chinese foreign ministry will bring about the strengthening of Sino-Latin American relations that China seems to be aiming at. Nonetheless, one thing remains clear: Chinese diplomats will not sit idly by and let others “tell China’s story.” Parsifal D’Sola Alvarado is the director of the China Latin America Research Center of the Andrés Bello Foundation. He holds a B.Sc. in telecommunications engineering from Universidad Católica Andrés Bello (Venezuela), an M.A. in East Asian studies from Columbia University, and an M.Sc. in international politics from the School of Oriental and African Studies, London University. Read more

The post China’s public diplomacy in Latin America and the Caribbean — COVID-19 edition appeared on BIDD.