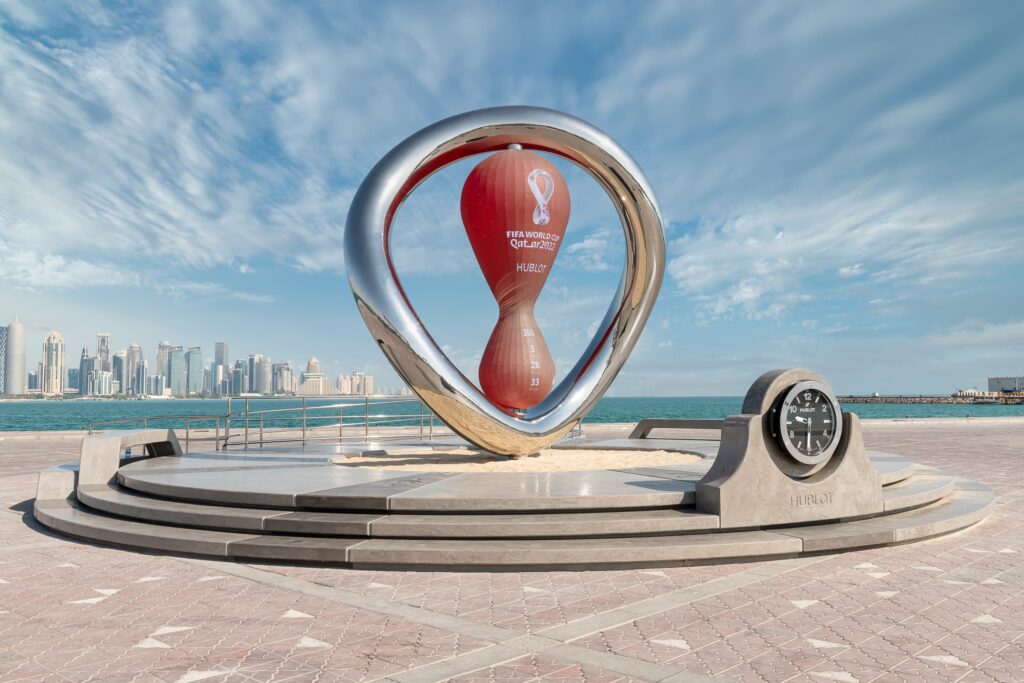 With the FIFA World Cup on top of the agenda, Qatar envisions a path forward, based on fully believing in the great potential of football diplomacy as an instrument of peacemaking and moderation

Across the world, more and more state and non-state actors have begun to recognize and capitalize on the potential of public diplomacy, as opposed to traditional diplomacy. The latter, which centers on the state and traditional tools of diplomacy often lack the grassroots perspective of the general citizenry and youth in particular.

Through public diplomacy, nonstate actors, more specifically concerned citizens, are given the opportunity to not only voice their concerns, but to have a role in decision-making as well. Football diplomacy, therefore, is an example of how soft power in today’s world has the potential to address increasing global inequalities, environmental and other socio-economic challenges.

The growing position of sports in politics is particularly significant because it not only concerns the country or city hosting an event, but every other actor seeking to preserve the peace and ensure their shared socioeconomic development. Sports, especially football as the most popular sport in the world, has a global gaze in bringing together communities, societies, nations, ethnicities and religions on the same ground, literally on the same playing ground: stadiums! Thereby, a natural space to encounter differences and contemplate differences! A form of festivity that assures humanity that coexistence is possible.

Indeed, Qatar’s path toward the FIFA World Cup 2022 exhibits how international sporting events do not exist independent of the political realm but are in fact an opportunity to engage proactively to rectify racial and other discrimination, inequality, negative biases and religious intolerance that are dividing nations and communities on a global scale.

The Islamic context is particularly important to this vision because, whether or not one is Muslim, we can learn from the values, ethics and moral guidelines of this religious tradition.

What some may dub “the Model United Nations of the Muslim world,” the MOIC gathering presents an innovative adaptation of the United Nations’ diplomatic framework in a global Islamic context and perspective. Under the theme “Football Diplomacy for Sustainable Development in the World,” the MOIC Summit engaged young aspiring diplomats on the models and methods of global dialogue, with a particular focus on the role of sports in politics. It was a unique opportunity for participants to build their diplomatic practice from within the Islamic cultural tradition, which is to serve with empathy, intellect and tolerance.

The present generation of youth has proven to be proactive and thoughtful, intelligent and curious, and through their constant inquiries and desires to affect positive change in their communities. The COVID-19 pandemic compounded various historically established obstacles facing the youth such as increasing unemployment rates (especially youth unemployment), lack of educational opportunities and other forms of engagement to have a brighter look at the future. This summit further provided them with the resources they need to navigate the pressing political, cultural and social issues that encompass the FIFA World Cup 2022 as well as its aim to leave a legacy of human development.

The resulting resolution of the conference, focused on youth strategies and empowerment, is based on advancing the kind of transformative change that can occur in the fields of politics and social justice when the youth are given a voice.

The summit enabled students and organizers alike to be engaged within the respectful bounds of professional diplomacy. Through such discussion and dialogue, the young delegates played a vital role in recognizing and serving the youth strategy of the Organisation of Islamic Cooperation (OIC), thus collaborating directly with current and future change-makers to shape the world that they hope to see. The resolution prepared by the participants links the role of football in diplomacy to the necessity of utilizing innovative technologies in the development and accessibility of sports, the ability for sports to reduce racial discrimination and negative biases, and the need for gender equality and equal access to sports. It envisions a path forward, based on “fully believing (in) the great potential of football diplomacy as an instrument of peacemaking and moderation.”

Islam encourages tolerance, respect and mercy upon all of God’s creation – values that unfortunately seem to be lacking from much of the global political discourse. However, by recentering our collective Muslim identity in such discourses and events, participants and organizers of the MOIC Summit exhibited how religion and politics can peacefully coexist and be mutually beneficial.

*Tok is an assistant dean of innovation and community engagement at the College of Islamic Studies and associate professor of Islam and Global Affairs, Hamad Bin Khalifa University

**Ismail is a research assistant at the College of Islamic Studies, Hamad Bin Khalifa University

Football diplomacy kicked off on this day in August 2008

The post Football diplomacy and youth empowerment appeared on BIDD.