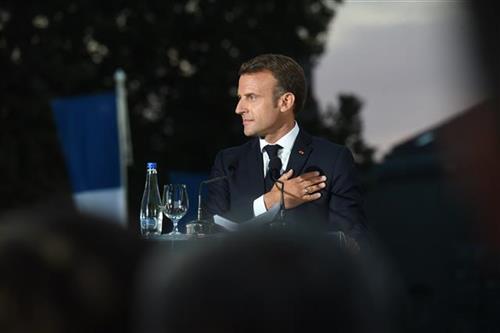 French President Emanuel Macron is on a two-day visit to Serbia. A formal reception was organized in front of the Palace “Serbia”.

The president of France said that he had come to Belgrade to turn a new side in bilateral relations. Macron said that for 18 years no French President had come to Serbia, which is “too long a period”. He pointed out that this year is special, that we celebrated the end of the Great War, when the peoples of Serbia and France fought together for freedom. He recalled celebrating 180 years of establishing diplomatic relations between the two countries. More than 20 agreements on cooperation between the two countries were signed, and Macron addressed the citizens in Serbian language. Macron visited Serbia to open a new chances for the two countries in many fields. With the intonation of the anthems, two presidents laid wreaths at the Monument to Thanksgiving to France at Kalemegdan.