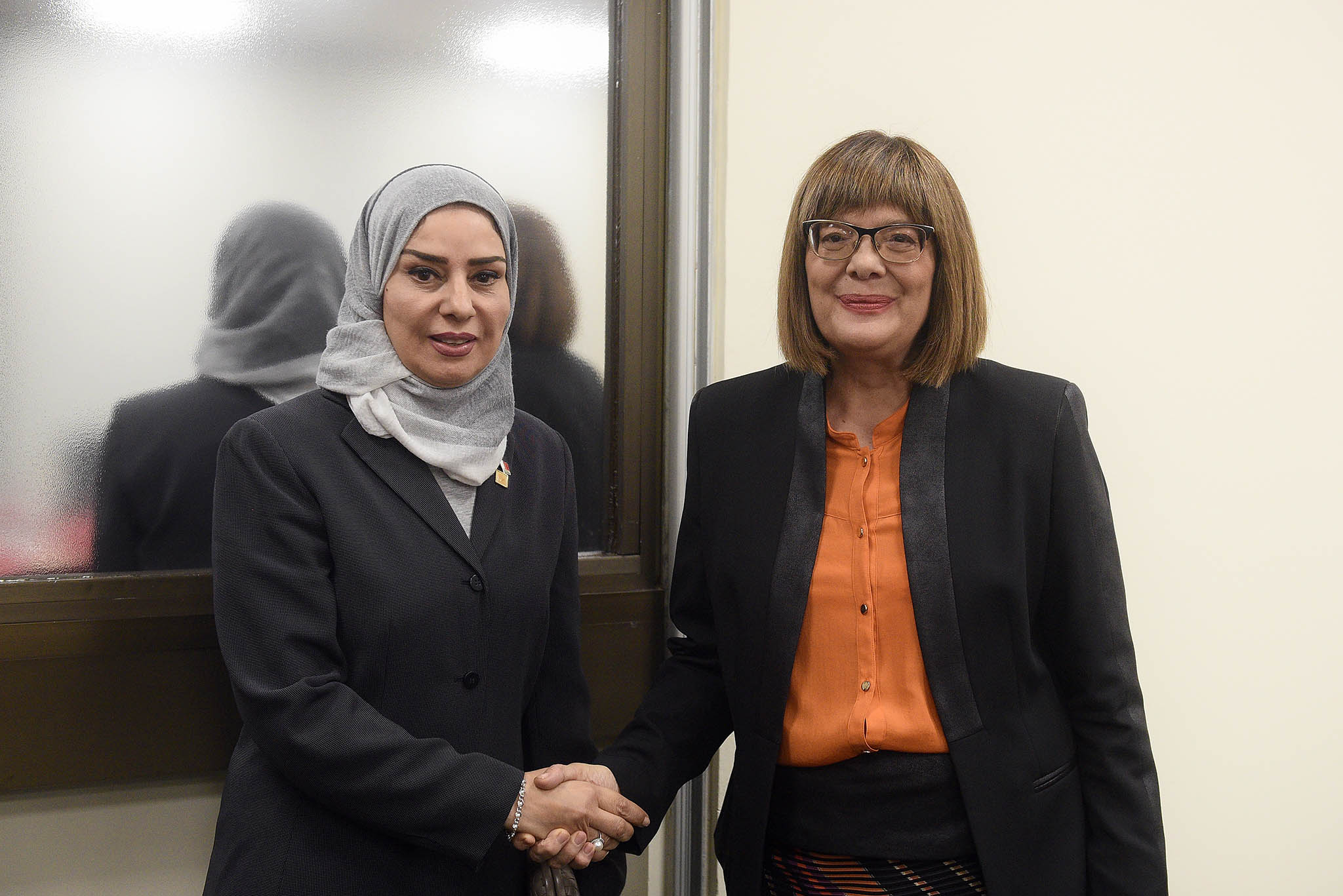 The Speaker of the National Assembly of the Republic of Serbia Maja Gojković met with the parliament speakers of the Kingdom of Bahrain and the People’s Republic of Bangladesh, as well as the President of the Arab Parliament, who are taking part in the 141st Assembly of the Inter-Parliamentary Union in Belgrade.

Gojković spoke with the Speaker of the Council of Representatives of the Kingdom of Bahrain Fawzia Zainal who congratulated her on the organization of the 141st IPU Assembly and its many participants. Gojkovic emphasized the importance of developing dialogue, stressing that the Serbian Assembly is ready to further cooperation at the parliamentary level and advance economic relations.

The Serbian Assembly Speaker also met with the Speaker of Parliament of the People’s Republic of Bangladesh Shirin Sharmin Chaudhuri, whom she thanked for taking part in the IPU Assembly in Belgrade. The officials emphasized the importance of promoting interparliamentary cooperation, opining that the IPU is an excellent format to encourage dialogue between parliamentarians.

Gojković also received a delegation of the Arab Parliament headed by Mishaal Bin Fahm Al Salami of Saudi Arabia and emphasized the imporatnce of participation of international parliamentary organizations in multilatera sessions that gather parliaments at he global and regional level which gives the conferences a special quality.Original Article