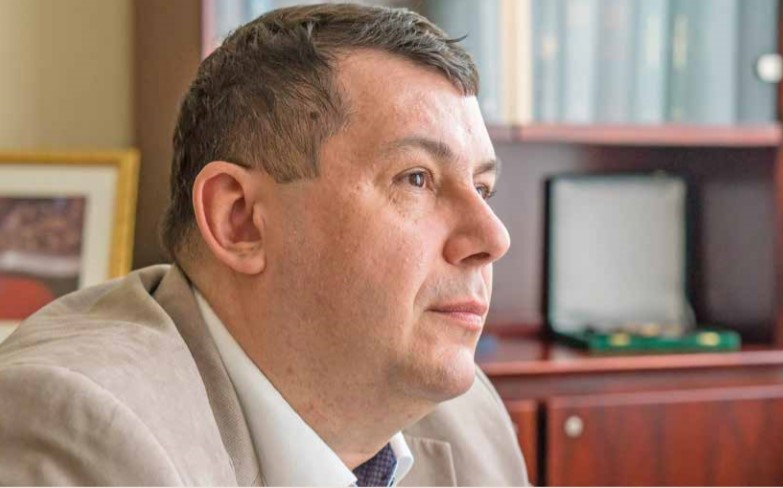 Hungarian Ambassador Attila Pinter speaks about the fact that the image of Serbia in Hungary has long been radiating positive, political, economic and cultural interstate relations nave never been better.
Serbian President Aleksandar Vučić recently visited Budapest and talked with Hungarian Prime Minister Viktor Orbán about further improving bilateral relations, which he estimated had already reached the highest level in the history of the two countries. What does our relationship look like to you?

— I believe that, this is a special opportunity in history when the two countries and their political leaders embark on a cooperation that will likely have long-lasting results. The way I see it, the reconciliation between our countries is a definite success story not just on a political level, but it presented an opportunity to bring our people closer. Since then, the political, economic and cultural activity between Budapest and Belgrade has intensified bringing new momentum to the already established cooperation. Not to mention that Hungary also supports Serbia on its journey towards the European Union. It is a great thing to be a part of this, since Hungary has relevant experience in accession negotiations that can be beneficial for Serbia. As a personal note that I might add, this is probably the best time to be a Hungarian Ambassador in Serbia.
This year, 11 agreements were signed between Serbia and Hungary. Can you tell us what these agreements mean for our two countries?

— Negotiations bear fruit when they end with some well-determined result, such as the signing of an agreement. The number of our bilateral agreements is growing every year and they create bridges between our countries. If companies, public administration bodies or citizens wish to cooperate with a Serbian or a Hungarian partner, need help or assistance in the respective country, they have a strong legal basis to rely on. I also want to indicate that there is a significant interest to cooperate from both the public and the private sector. The agreements we signed encompass various fields like economic cooperation, political consultations, border management, military cooperation and infrastructure. As neighboring countries, we have many areas to exploit for our joint success. It is not just a question of geographical proximity but also a strong feeling of friendship and trust that we managed to establish in the past years. The agreements reflect these efforts.

How much progress has been made in Hungary when it comes to realizing plans to rebuild the Belgrade-Budapest railroad?

— The modernization of the Budapest-Belgrade railway line is one of the largest infrastructure development projects in the Central European region. An investment of this magnitude requires due care and diligence, in the best interests of the participating countries, while also striving to find the most favorable financing facility available. I can confirm that the cooperation between the partner countries are exemplary and relies on mutual respect and determination to create a corridor of international significance. The respective tender to rebuild the Hungarian section of the rail line between Budapest and Belgrade has been won by a Chinese-Hungarian consortium; construction could start early in 2020 and be completed within five years. A total of 350 kilometers of railways line will be refurbished, with 166 kilometers on the Hungarian side. As a result, the journey time for passenger trains between the two capitals will be reduced to 3 hours, and will offer the fastest freight route between China and the Western half of Europe via the Greek ports. This investment will significantly strengthen Hungary’s and Serbia’s position in the competition for the route along which goods are transported towards Western Europe.

How would you assess cooperation between the two countries when it comes to the rights of minorities?

— The protection of the Hungarian minority’s rights is of outmost importance to the Hungarian government. Overall, there are millions of Hungarians living outside the borders of Hungary, with a sizeable community residing in Serbia. It is our will to support them in leading a successful life in their place of birth – the place they call home – while they should have the means to preserve their national identity. The Serbian government did outstanding efforts to safeguard the rights of the Hungarian minority in Serbia. The minority action plan is the legal basis for all efforts, which also complements the EU accession agenda of Serbia in that field. Furthermore, Hungarians have good representation on all levels of public administration and in politics as well. The rights they enjoy here in Serbia show a good example of coexistence in a region that has a difficult history and a rich ethnic background.

How do you see our relationship in the future?

— I think that Serbian-Hungarian relations are looking towards a bright future in which our cooperation can extend to even more areas. In the past years, we have built many bridges, now we need to use them for the benefit of both countries. Regular consultations, high-level meetings and expert level coordination will continue in the future. We also hope to organize the joint session of the two governments in 2020 as well. At the same time, I am optimistic that we can contribute even more to the EU accession agenda of Serbia. It is our firm belief that the negotiations should move forward in a quicker pace and we offer our support in that venture. Finally, yet importantly, our rapidly growing bilateral trade and investment agenda will also open up a new perspective for the benefit of both parties. Hungary considers Serbia a strategic partner and that is why we wish to invest more in the country and build new connections for the better exchange of goods and services.