We spoke with H.E. Philippe Guex, the Ambassador of Switzerland, as a neutral and a non-EU country like Serbia, about what can we learn from them in terms of political and economic relations in world today: Switzerland does not belong to any large trade zone like for instance the EU single market. 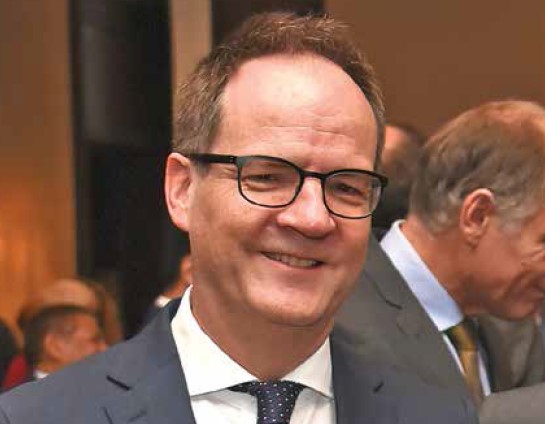 As a middle size country Switzerland has a limited political leverage on world trade issues. Therefore, Switzerland focuses very much on multilateralism on the one hand and on concluding free trade agreements (FTA) on the other hand. For us, the only way to protect and promote our economic interests is (1) to actively contribute to create a solid regulatory framework for trade and investment within the World Trade Organization and (2) to conclude as many FTA as possible with our partners. We have for instance an FTA with large partners like the UE, Canada, China or Japan. But also with Serbia, South Korea, Morocco or Egypt to name a few. Negotiations are under way with India, Indonesia, Algeria or Mercosur countries (Brazil, Argentina and Uruguay). As far as neutrality and trade are concerned, economic sanctions are a sensitive issue we sometimes have to face. To make a long story short, if Switzerland decides not to enforce economic sanctions taken by a major partner, like the EU for instance, it will apply the “non-bypassing rule”. Namely, we do not allow that Swiss territory is used to bypass economic sanctions taken by other partners.

The cooperation between our countries is on the rise, but there is much more space open. What are the next steps, that are including SSCC?

— As far as development cooperation is concerned, Switzerland is among the top four bilateral donors (95 million € for the period 2018-2021). Economic development is one of the main three priorities together with governance and energy efficiency. I see at least two domains where synergies exist between Swiss cooperation (carried out by the Embassy) and the Swiss Serbian Chamber of Commerce (SSCC, an independent body), namely:

• innovation (Swiss cooperation has contributed to create the Science and Technology Park in Belgrade and we are considering to continue our support for additional techno parks the Serbian government is intending to create in Novi Sad, Nis and Kragujevac. ICT services – information, communication, technology – recently became Serbia’s number one export, which was previously held by agricultural products. Innovative start-ups which are working within techno parks are usually very much export oriented. Supporting Serbia in increasing its exports is also one of our goals as it improves Serbia’s integration within the global economy.

About the EU perspectives of Serbia, having in mind that Switzerland is not a member but has pretty much unified rules and regulations, what us your advice?

— The European Union has brought peace and prosperity in Europe. There is no doubt about it. Even if my country is not a member of the EU, it has very much benefited from peace and prosperity brought by the EU. It is not a coincidence that Switzerland’s economy is among the most integrated economies in the EU. But at the same time there is a dangerous long term trend throughout Europe where the EU is getting less and less popular among the citizens. It is a real challenge for all governments in Europe to explain the virtues of the EU to their citizens. Not only for EU member governments, but also for candidate countries like Serbia or for European countries like Switzerland for which accession is not on the political agenda. So my advice is to find ways and means to explain “Europe” to the Serbian citizens. In the case of Switzerland, we do it through our referendums which are held on a regular basis.

Switzerland is one of the innovation giants. For landlocked country with little resources, like us, it is also an opportunity for growth. How did you manage to foster it?

— There are at least three reasons which explain that Switzerland is an innovation giant as you say.

• Set-up of a favorable environment for RD and innovation:

• The appreciation of the Swiss franc for the last 50 years has forced Swiss companies to innovate in order to keep their competitiveness. Innovation is not only to come up with new products or services, it is also about cutting production costs and increasing efficiency.

• The capacity to attract multinational companies in different key sectors like pharmaceutical industry, life science industry, medtech industry or ICT. A number of foreign companies like IBM or Google have their European RD hub in Switzerland.

Skiing and mountain and lake tourism is a backbone of Swiss tourism industry. Can we apply your experiences with the SSCC projects?

— I am not aware that the SSCC has projects in the tourism industry. But the Swiss development cooperation does in the context of its support to the dual education system. I am thinking in particular of projects we have in Zlatibor. A few years ago, Swiss Tourisme had some cooperation with NALED in order to exchange best practices. Within our new cooperation strategy (2018-2021), we will certainly keep an eye on opportunities to support the tourism sector in Serbia.

Do you expect more investments of Swiss companies in Serbia?

— Switzerland has 1 billion € of Foreign Direct Investment (FDI). We are a middle size foreign investor as we held rank number 8. I strongly believe that there is a large potential for Serbia to attract Swiss FDI. This potential will materialize as Serbia is improving its rule of law. A key element for attracting foreign investments is predictability. Only a strong track record of rule of law can provide the predictability foreign investors need. Even though rule of law is improving in Serbia, several companies still complain about uncertainties regarding how to comply with certain rules and regulations. In this respect, the uneven reliability of the judiciary as well as of the administration is a complaint I often hear.

• Good level of education in science and engineering;

• Proximity of the Swiss market for Serbian export of goods and services.