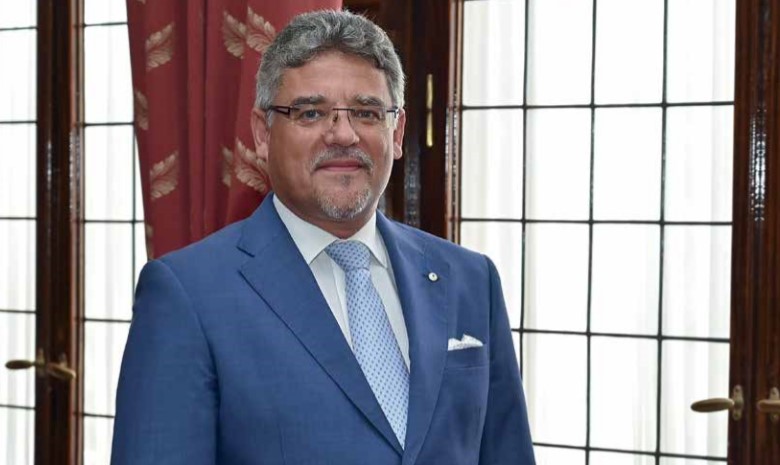 In September, Czech President Milos Zeman visited Belgrade. A month later, the Serbian guest was the Speaker of the Czech Parliament. This shows that the relations between Serbia and the Czech Republic are at the highest level today, which is what we are talking about with H.E. Tomáš Kuchta Ambassador of the Czech Republic to Serbia.

The Speaker of the Czech Parliament recently visited Serbia. What are the results of that visit?

— The visit of H.E. Radek Vondráček was a milestone for bilateral relations between the two countries. For the first time in our modern history had the representative of the Czech Republic the honour to give a speech in front of the members of the National Assembly of the Republic of Serbia. He confirmed longstanding excellent relationship and expressed many thanks to the Serbian people for strong support during the most difficult times for our nation in 1938 and 1968. He also underlined our strong support to Serbia during its integration to the European Union. Members of the National Assembly highly appreciated his speech. He had also very fruitful meetings with the President Mr. Aleksandar Vučić, the President of the National Assembly, Mrs. Maja Gojković and the Prime Minister, Mrs. Ana Brnabić.

The Serbia-Czech Republic Business Forum was held in Belgrade in September during the Czech President Miloš Zeman’s visit to Serbia. What agreements were concluded at the forum? Are there new investments planned?

— First of all, let me mention that we feel a huge potential for increase of mutual economic relations. This was very visible at the Serbia-Czech Business Forum during the Czech President Miloš Zeman’s visit. Czech companies had a chance to meet more than 190 registered Serbian partners and that is why I do not have any doubt that there were running very fruitful meetings about the future cooperation. I cannot go to the details but let me indicate that we see main perspectives in sectors of infrastructure, energy, transportation, water management, real estates, etc.

How much interest do Czech business people show for Serbia and how often do they turn to the Embassy for advice as to how to reach the Serbian market?

— Well, I can confirm that we are in a contact with Czech businessmen permanently, on daily basis. They can contact Economic and Commercial Section of the Embassy or they can use services of the export promotion agency Czech-Trade which has an office in Belgrade (Communication is running through emails, but also personally). One of very successful forms of support to Czech companies are business missions, which we prepare in a close cooperation with Chamber of Commerce of Serbia. For example, this year we had such a mission in April, in May and the last one was accompanied the President in September. Beside those activities, our experts also organize territorial seminars in the Czech Republic. One of them will be organized soon at the Ministry of Foreign Affairs in Prague and one day later another one in the Regional Chamber of Commerce in Pardubice.

The Czech Republic is one of Serbia’s most important trade partners. How developed are our economic relations and is the trade between the two countries satisfactory?

— The turnover of Serbian-Czech bilateral trade is more than 25 billion of Czech Crones (CZK), i.e. more than 100 bil. RSD. The Czech export has a share approx. 15.3 bil CZK and import from Serbia is approx. 12.6 bil. CZK. These figures are very high from my point of view. Could you imagine that the Czech export to Serbia is much higher than our export to big foreign countries in the world like Canada, Brazil or Australia? Let me add that there is a very important fact link to the future. We have a positive progressive trend in Czech-Serbian bilateral trade. In the period 2010 – 2018 the Czech export to Serbia increased by 145 % and import from Serbia to the Czech Republic increased even more – by 260 %.

What goods the two countries export the most to each other?

— The most important items in the Czech export to Serbia are motor vehicles for transport of persons, i.e. the production of the company Škoda Auto and from some other automobile factories located in my country – Hyundai, TPCA (Toyota, Peugeot, Citroen), etc. The other export items which can be find in the statistics are electricity, coke and semicoke, telephone sets, insulated wires and cables, radiobroadcast receivers, monitors, automation data processing machines, craft paper and paperboard, batteries and electric accumulators, bars of iron or steel, chemical products, machinery and appliances. From Serbia, we import seats and convertible seats into beds, electricity, copper, electric apparatuses, artificial guts of hardened protein, flat roll steel products, household refrigerators and food freezers, pneumatic tires, motors and generators, etc.

An increasing number of Serbian citizens have been leaving the country for the Czech Republic, looking for better jobs. What kind of job profiles does your country lack the most?

— You are right. We register the high interest of Serbian citizens to work in the Czech Republic and therefore we launched a special governmental programme which should enable applicants to have a work permit in the Czech Republic in a flexible way. I see this as a very useful instrument, which is beneficial for both countries. At present, there is a demand for more than 200.000 employees in the Czech Republic. There is a steady lack of hospital staff, as well as blue-collar professions, drivers, chefs and production operators. However, the list of professions in need of workforce is expanding and one of the most visible demands is for IT experts.

The Czech Republic is a country that best utilized its accession to the European Union. How important is the Czech experience to Serbia and what can we learn from it?

— EU membership represents a big opportunity. Serbia has great potential in its highly educated and hard-working people. EU membership will give its citizens the opportunity to reach higher standard of living thanks to foreign investments and attractive jobs. I see for this country and its people very bright future. Try to learn from us, we will help you. Our example could be a good motivation for You. For instance, the unemployment rate in the Czech Republic is only 2,6 %.

— I don ́t think we have enough space to describe cooperation in all other fields. We have many agreements on cooperation not only between governments, but also between regions and cities. During the visit of our president Mr. Milos Zeman in Belgrade one month ago we signed agreements on cooperation in the field of defense and in the field of innovations and artificial intelligence. Our Embassy is very active in promoting our country. We organize concerts, seminars, exhibitions, festivals. Only in the month of September, we participated in several promoting events (for example Food Planet in Novi Sad) and organized concerts at the Embassy. In October we invite all of your readers to attend the Czech Film Week which will take place from 16 October in Yugoslavian Kinoteka.

In which segments can Serbian and Czech companies establish better cooperation?

— There is a wide range of sectors for future cooperation. Naturally, we wish to use all good references, which we have thanks to previous contracts for big investment plants, including power stations. The Czech Republic is known in Serbia for means of public transport, i.e. locomotives, wagons, trains, trams, trolleybuses, etc. We should continue our cooperation also in the sectors where we supported bilateral development cooperation projects. I would like to emphasize that the Czech Republic implemented many development projects in a total value of 575 mil. Czech crowns, i.e. approx. 2,7 bil. RSD. Therefore, we wish to continue the cooperation for example in water management and health sector.