In the Life Clinic, the cause of the problem is established without laboratory analyzes and tests, unmistakably accurate during the first examination. Thousands of cured patients have been reported in her practice,and their number grows over the years, with the consideration that the importance of natural healing is increasingly understood in Serbia. In today’s world, homeopathy is very popular. It is also considered the medicine of the “privileged”, considering that diagnosis and treatment requires a distinct skill of the doctor and a great commitment to one patient.

The treatment uses medicine taken from nature, which causes the same symptoms as the disease itself! In fact, by applying the drug, the organism is transmitted information of that substance from nature, the frequency of which is similar to the symptoms of the disease. If the patient has a sneeze or fever, he will be recommended medicine from nature that causes just such symptoms, which for a short time eliminates the cause of the disease. Fever and sneezing, for example, disappear quickly.

In the Life Clinic, diagnostics are performed by collecting anamnestic data and patient listening carefully. In determining the cause of the problem, the doctor is guided by the symptoms stated by the patient. While talking about his problems, the patient “speaks the diagnosis” or the cause of the disease.

Treatment is based on long-standing, proven principles:

–HARMLESSNESS: because unlike allopathic medicine where the application of the drug can lead to unwanted consequences, homeopathic medicines do not harm the body.

–HOLISTIC treatment-aimed at strengthening the overall physical, mental, and emotional system and restoring the balance of organisms.

–INDIVIDUAL -approach to diagnosis and treatment, because the causes of the patient’s problems can manifest differently. And with the same symptoms, each organism reacts differently in terms of treatment. 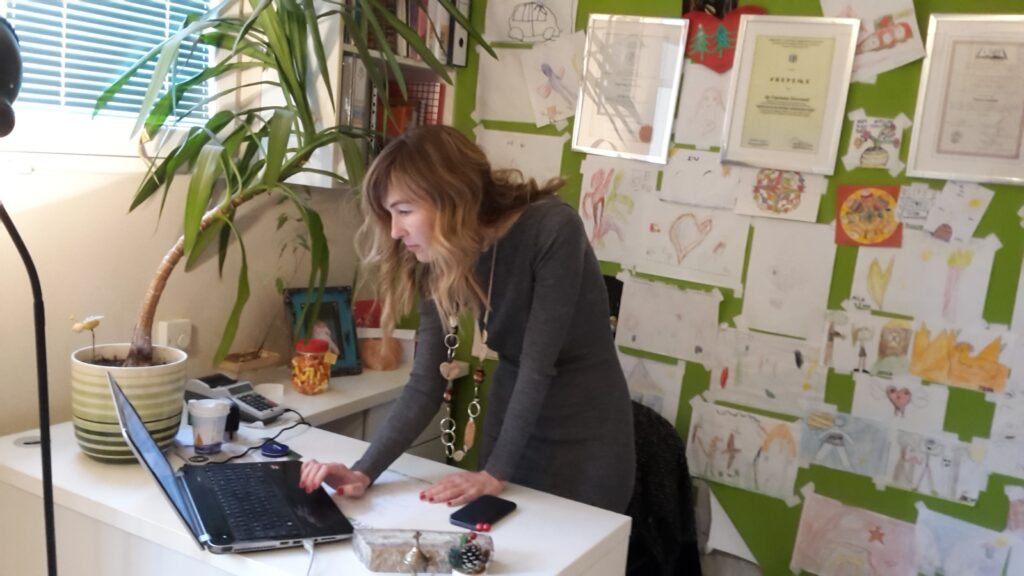 About 40% of patients are children! They mostly come on the recommendation of a pediatrician.

Unlike allopathic, conventional medicine, which focuses on relieving symptoms, in homeopathy, they are considered a “signpost” in treatment. The goal of treatment in homeopathy is not to eliminate the symptoms since they are considered only a consequence of disorders in the body. The goal is to eliminate the CAUSE of that condition. That is why the task of homeopathy is to cure a person, not his diagnosis.

Regarding the choice of natural medicine that is recommended to the patient, the primary principle is: like cures like!

In allopathic medicine, the existence of cause-and-effect reactions and the fact that the physiology of the organism as a whole has been ignored for a long time. This is indicated by the fact that doctors in Serbia, for example,  did not prescribe probiotics with antibiotics until ten years ago! Today it is an obligation.

Life Clinic has existed for ten years. According to the available research in the world on the contraindicated properties of many drugs, the number of patients who turn to the office is increasing. Among them, 40% are children, brought by their parents from an early age, thanks to their own knowledge of the benefits of homeopathy. But also on the recommendation of pediatricians, who, based on their experience, by closely monitoring the child, often give preference to natural medicine in terms of treatment.

The founder of the practice is Dr. Gordana Popović. She decided on homeopathy during her studies at the Faculty of Medicine, which she graduated from in Belgrade in 2006. She graduated from the London International College of Homeopathy in Novi Sad, after which she worked in a pharmaceutical company to promote the first homeopathic medicines, which began to be imported into Serbia.

Homeopathic remedies have the longest tradition of handmade: by diluting the substance taken from nature, which eliminates the concentration of the substance,and by “shaking”, which intensifies the energy properties of the drug. Today, these drugs are also produced based on quantum medicine, by transferring frequency from the basic, original matter,whether they are substances of plant, animal, or mineral origin.

She evaluates homeopathy as a natural approach to treatment, in which there are no essential innovations to date. In that medicine, everything was confirmed, proven, and verified three hundred years ago in Europe. At the beginning of the 20th century, it spread to the United States and was the most common method of treatment in American hospitals. After the occurrence of antibiotics, after World War I and the expansion of the pharmaceutical industry, homeopathy was suppressed by allopathy. Today, numerous studies in the world indicate that in almost all pharmaceuticals on the market, there are contraindications in terms of drug action. There are no side effects in homeopathic medicine since the basis of the effectiveness of a homeopathic remedy is not of material nature. It is not made up of a substance.

Dr. Gordana Popović points out that in homeopathy, the effect of the medicine is realized by the transmitted information, by the frequency of the original medicine that is taken from nature. Matter taken from nature is diluted to such an extent that it completely loses it’s initial (harmful) property. Therefore, a medicine made in this way cannot be harmful. But even though this matter is naturally diluted, it has retained its original energy property, the original frequency. By transferring exactly that frequency to the made homeopathic medicine and then given to the patient, the effect of the treatment is achieved.

In Russia, there is almost no pharmacy where homeopathic medicines cannot be obtained. There is a trend of homeopathic treatment in the West today. For decades, it is the choice of treatment of the richest people in the world.

Homeopathy is based on the well-founded knowledge of modern physics, that every cell in the organism and every matter in nature vibrates, has its own frequency, energy information. Based on this knowledge, bioresonance devices and programs have been developed in quantum medicine, which determines irregularities in the work of organs or cells by measuring deviations from given frequencies.

Homeopathy is recognized as an equal branch of medicine in Serbia and all EU countries. In addition to patients from Belgrade and the interior of Serbia, the clinic is also visited by Serbian citizens living abroad, as well as foreign citizens residing in Serbia. In the West, the costs of homeopathy treatment are reimbursed by health funds. Also, the funds of some countries cover the costs of treatment with homeopathic medicine in Serbia.

In the Life Clinic, quantum medicine is also used. In diagnostics and bioresonance therapy, a modern device from the German manufacturer “Life System” is used. The doctor’s office is located in Zemun, in a quiet street near Kardjordje Square.