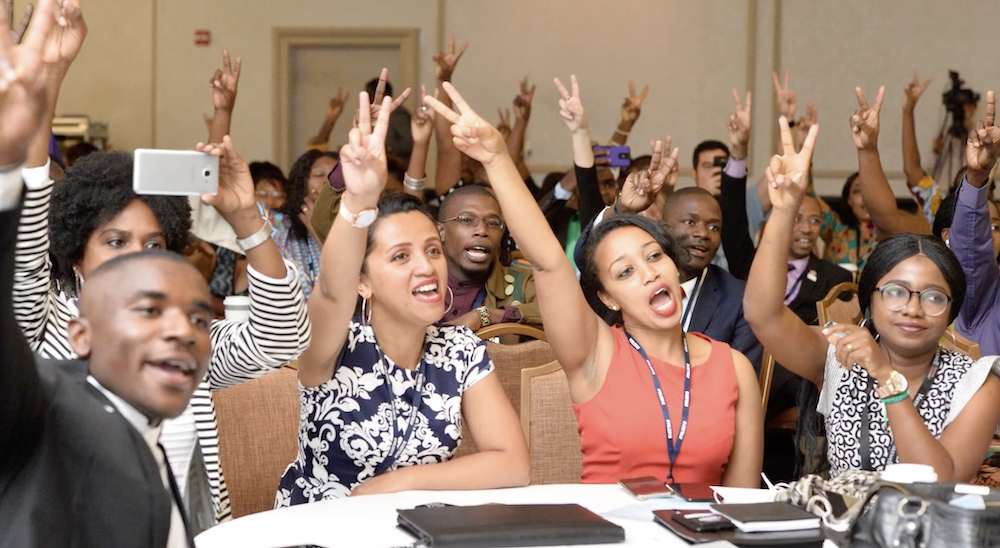 Be honest with Americans and foreigners, fight authoritarian propaganda and empower diplomats in the field.

Frequently in the last four years, I — along with thousands of my fellow U.S. Foreign Service officers posted around the world — went to work in the morning, looked at the overnight reports from Washington, slapped my forehead and asked myself, “How the heck do I explain this?” Whether it was the Trump administration’s Muslim travel ban, separating children from their families at the southern border or the president’s refusal to commit to a peaceful transition of power weeks before the 2020 election, American diplomats couldn’t justify such actions before foreign publics.

No wonder then that my colleagues and I weren’t at all surprised when the Pew Research Center’s annual survey of foreign attitudes toward the United States, released in September, showed the lowest levels since Pew began polling on this topic almost two decades ago. While those attitudes rise and fall over time, other countries, particularly in Europe, used to take their cues from Washington. Now they see us as just another country using its power only to its own advantage. Friend and foe alike have lost confidence in America’s desire and ability to lead.

As the incoming Biden administration grapples with reasserting U.S. leadership globally, it will need an effective and innovative public diplomacy campaign. Having just retired from the State Department after spending most of my 31-year career as a public diplomacy officer, I specialized in explaining U.S. foreign policy, society and culture to the citizens of other countries. Public diplomacy officers use strategic communications, cultural and educational programs, public events, professional exchanges and other tools to build and cultivate partnerships and to forge consensus on political, economic and other matters. Many of the Trump administration’s actions, including its assault on independent media, hampered and even derailed these efforts.

The damage to American standing and credibility can be reversed — at least in part — by giving flexibility and more autonomy to diplomats in the field and ending the centralization of public diplomacy in the hands of Washington-based political appointees. The following steps could reinvigorate public diplomacy to support renewed U.S. global leadership.

Be honest with American and foreign publics

No public diplomacy campaign can overcome presidential malpractice. Foreign publics and democratic governments will not trust the United States if they think the administration lies to Americans. Nor will they support U.S. positions, unless we are honest about how our policies benefit both Americans and other countries. Diplomats are hamstrung by U.S. officials who say one thing tailored to a partisan American audience and the opposite to a foreign audience. Foreigners consume media and many understand English. They read tweets. They can spot an attempted con. Truth and trust are the best currencies in public diplomacy.

One of my journalist colleagues told me that he wakes up every morning to an email from his Beijing bureau with highlights of that day’s Chinese Foreign Ministry press briefing, which he said “owns the global information space.” The United States took itself out of the game when the Trump administration did away with the daily press briefing — the one the State Department held for decades — giving China and other countries the upper hand. Foreign audiences are aware of U.S. policies and they want to hear sound reasons why they should support them. By going in front of the media each day to take questions, we demonstrate our commitment to a free press and transparency and ensure that our views reach a wide global audience.

Listen to other countries

The Trump administration believes that public diplomacy is a megaphone. It is not. A megaphone is useful for shouting instructions, but not for building partnerships. We need to listen to other countries and show that we understand their points of view, to find areas of cooperation and to negotiate in good faith. Every day, public diplomacy officers have scores of interactions, in which they simply listen. They use the information to formulate strategies and improve relationships. They report these foreign views to Washington. Foreign affairs agencies need to listen carefully to these views and our officers’ advice. That insight affords the United States the ability to acknowledge that its national interests will not always coincide with the interests of our allies and partners. It also allows us to frame issues, prepare for policy disagreement and strengthen mutual understanding.

We must increase engagement with audiences from all levels of society, promote civic participation and continue to encourage foreign grassroots organizations’ democracy efforts, both because it is the right thing to do and because it protects our democracy. The best way to build long-term relationships is through our cultural, professional and educational exchange programs. These exchanges give foreign influencers a nuanced understanding of the United States. Foreign audiences are more likely to listen to such influencers in their own countries than to outsiders, and program alumni can explain U.S. goals and interests to their compatriots, coupled with their own credibility.

Staunch the bleeding in funding

Beijing outspends the United States on the types of programs and activities that build understanding, loyalty and admiration. Cuts to the State Department’s public diplomacy budget in the past 20 years have forced necessary prioritizing at the expense of important programs. In 2019, 20 embassies in Europe pleaded for just one more officer to be assigned to counter disinformation as a full-time effort — at the same time, only five vacant positions were available in all of Europe, and those were frozen by Congress. The result was that false information about the United States easily spread. Countering it — something that should be a top policy priority — fell to whomever had the time to balance that task with their existing workload or the energy to work overtime.

Through electronic disinformation, especially social media, China, Russia, Iran and other authoritarian countries undermine the values and institutions that underpin free societies. At the same time, they prevent their citizens from getting outside information that might challenge those governments’ authority. The State Department should work with democratic allies to overcome that censorship and reach our adversaries’ citizens through off-shore media, engage and support local independent media and conduct media-literacy campaigns. We don’t have enough such examples, but in 2019, along with our European allies, we successfully countered Russia’s propaganda on the anniversary of the Baltic states’ independence through a joint “Baltic Way” campaign.

Give the lead to a public diplomacy professional

The post of undersecretary of state for public diplomacy was created when the U.S. Information Agency was folded into the State Department in 1999. Since then, it has been held by advertising executives, media relations experts, campaign PR specialists, journalists and academics. Many jumped ship after two years or less. While some had a deep understanding of how to work the system in Washington, U.S. public diplomacy is not – by law – aimed at domestic audiences. Political appointees also tend to blame the department’s organization for its public diplomacy difficulties and try to change the system even before learning to navigate it. This has left the professionals disheartened, confused and often underused. While the top public diplomacy official must derive a strategy from administration policy, implementing that strategy has been hampered by past leaders’ short tenures. The Biden administration should appoint someone who already knows how public diplomacy works and can use that knowledge to implement the president’s policies immediately, not after months of learning the system and rewriting organizational charts. That would also make it more likely that the new appointee will stay in the job for the president’s full term, providing much-needed stability.

Empower diplomats in the field

The new administration must trust the professionalism of its ambassadors and embassy teams. The Trump White House forced ambassadors to clear routine op-eds and even some local media engagements with the National Security Council and the vice president’s office. This commissar-level clearance process severely delayed — in just one example — our response to Chinese criticism of our Covid-19 assistance to Europe. Ambassadors must have the authority to develop tactical messages that allow them the greatest flexibility in responding to local challenges. This task cannot be done under the existing centralization in Washington.

Most of the above actions require no new funding. Just stopping the cuts to the State Department’s public diplomacy budget would help immediately. With these changes, we can better demonstrate our commitment to renewed U.S. leadership and uphold our values, which are our best answer to the likes of China, Russia and Iran. Our ideals are strong, vibrant and lasting, but we must live up to them. If the United States is to regain credibility, this must start at the top.

Gordon Duguid was a U.S. Foreign Service officer until September. During his 31-year career, he was deputy chief of mission in Serbia, chargé d’affaires in Montenegro, and also served in India, Burundi, Zambia, Zaire and at the U.S. Mission to NATO. His last position was director of the Office of Press and Public Diplomacy in the State Department’s Bureau of European and Eurasian Affairs.

The opinions and characterizations in this article are those of the author and don’t necessarily represent the views of the U.S. government.

The post How Public Diplomacy Can Help Regain U.S. Credibility appeared on BIDD.