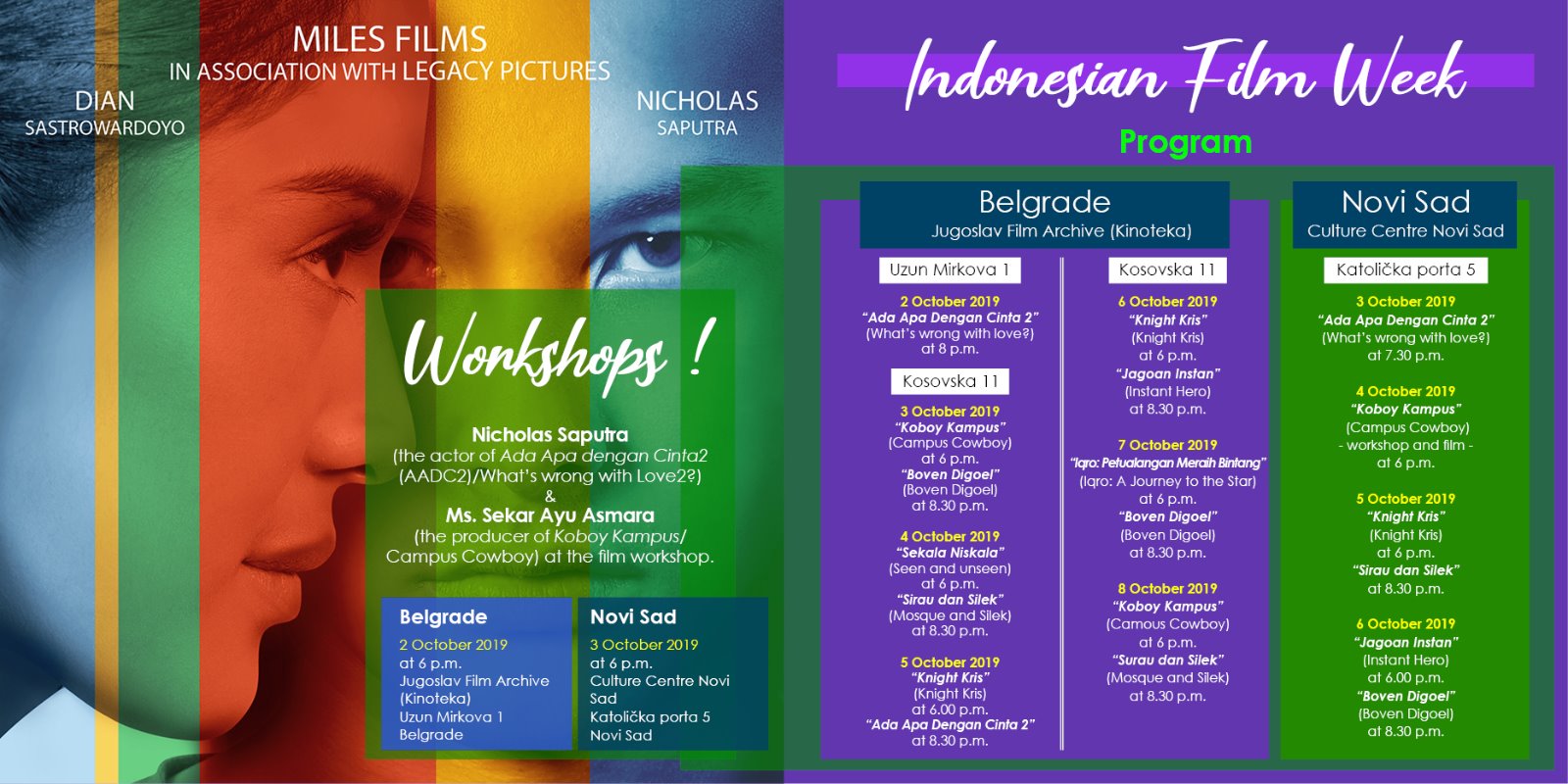 “Indonesian Film Week“ will be held at the Kinoteka Yugoslavian Film Museum, Belgrade, on 2 – 8 October 2019 and at the Cultural Center of Novi Sad, Novi Sad, on 3 – 6 October 2019. Apart from the movie screening, there will also be a workshop on the sidelines to meet and greet the actor and producer of the films.

“Indonesian Film Week“ is held by the Embassy of the Republic of Indonesia in Belgrade in collaboration with the Indonesian Film Development Centre of the Ministry of Education and Culture of the Republic of Indonesia, the Kinoteka Yugoslavian Film Museum and the Cultural Centre of Novi Sad. This movie screening is part of a series of events held to commemorate the 65th anniversary of diplomatic relations between Indonesia and Serbia as well as to present Serbia with selected well-known Indonesian films (the movies schedule is attached within the e-flyer).