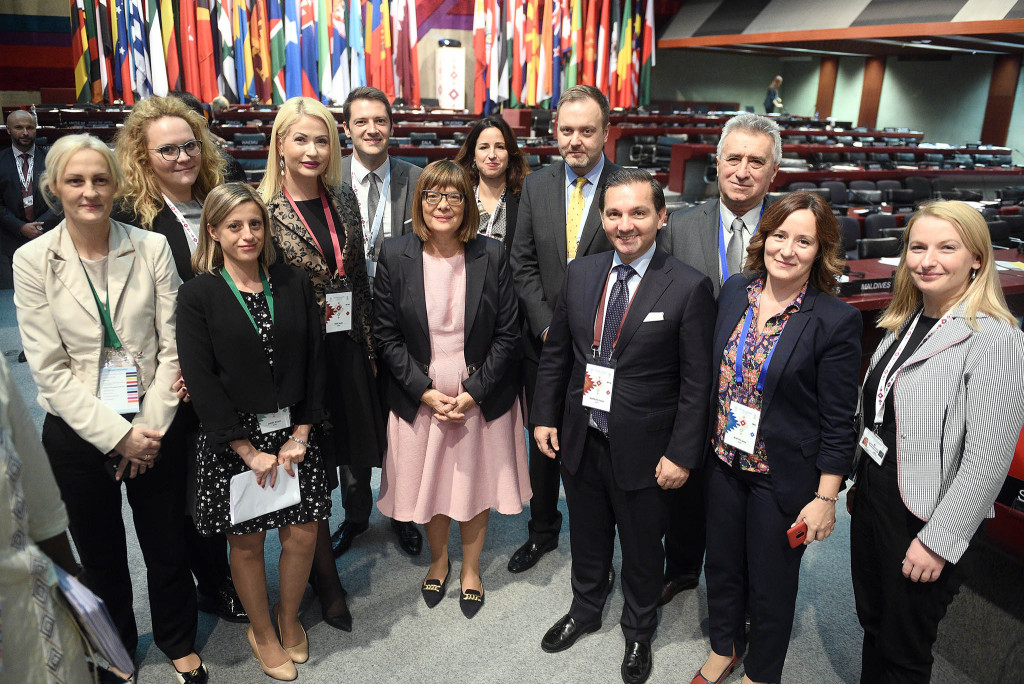 The Declaration pointed out the importance of the peaceful world order based on the rule of law.

“We insist on strong multilateral institutions in the United Nations as their centre to solve common challenges and find a common solution in fighting against genocide, war crimes and crimes against humanity,” Mladen Grujic, a member of Serbia’s Parliament delegation, told the closing session.

Commenting on the Resolution, the World Health Organisation (WHO) Secretary-General Tedros Adhanom Ghebreyesu said that the health “is a political choice” and added the adoption of the health Resolution was a historic moment regarding world health.

“Up to five billion people do not have access to health service, and when they do, they have to spend a lot of money on it. It affects the health of millions of people, and our world becomes less safe and less prosperous,” he said.

Adhanom Ghebreyesu added that health should not be a privilege and that the Resolution took the equality into account.