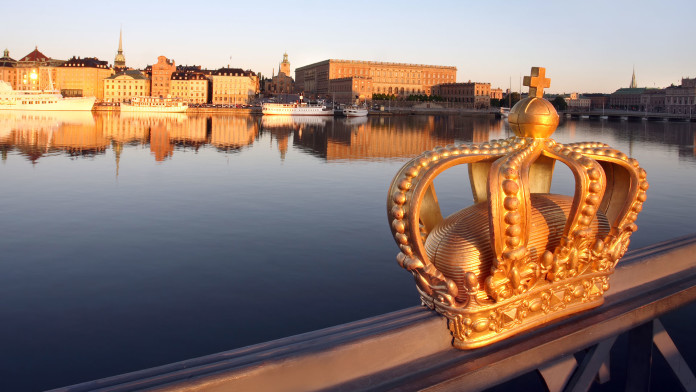 It is just a bed time story you might think, but the truth is more profound. What we read to our children reflect the values, morals and attitudes we find important in our societies. If we do not communicate the importance of diversity, tolerance and the belief that our children can achieve anything, we cannot expect them to reflect these values growing up, because it is through our actions and our words that we form the reality in which we live.

This week marks the start of the Belgrade book fair, where books from all around the world will be on display. Some of these books will captivate and thrill our children. In Sweden authors such as Astrid Lindgren have for decades inspired children to be better through her wild and innovative characters. The fundamental principle of respect has underlined all her work.  Respect for curiosity, respect for diversity and more importantly respect for every child. However today’s parents are still struggling to find books that strive away from values portraying girls as helpless or sad while’s boys are innovative or angry. Parents from different cultures do not easily find books with characters matching their own background. Karin Salmson made these observations while looking for stories to read to her child reflecting values that she wanted to pass on. By starting her own publishing house, Olika she has published children’s books that not only aim to change the picture of who gets to be represented but also provides more diversity into what roles are given to boys and girls in these books, changing our perception of children’s literature.

Last week the Embassy of Sweden in Belgrade followed in the footsteps of these pioneers through the event “Citizen Child – A Child Friendly Society”.  The goal was to not only to highlight the importance of children’s creativity and aspirations inspired through books, but also to underline the importance of securing a violence free environment for children. Unfortunately this aspect of children’s rights has been acknowledged only by 47 countries which have introduced a ban prohibiting corporal punishment for children. When the ban was introduced in Sweden, Astrid Lindgren was one of the great advocators for a nonviolent society questioning the logic of abused children growing up and not accepting violence as common behavior.  Her ambition to speak up was inspired by her young readers and many of her stories empowered children, questioning norms by creating a world where a girl was the strongest person on earth. Many of these books will be exhibited during this following week at the Belgrade book fair thanks to the translations of Astrid Lindgren’s books into Serbian along with other Swedish children authors as Ulf Stark, Johanna Thydell and Åsa Lind. With the help of skilled translators such as Slavica Agatonović, Zorica Janković, Suzana Živković and Svetlana Lucič-Tot, among others, and publishers such as Odiseja and Kreativni Center Swedish children books are becoming increasingly available for Serbian readers.

It is not only Swedish authors that bring forward the child’s perception in their storytelling. In Serbia famous children author Jasminka Petrovic is known for her ability to depict the world through the eyes of children with humor, but also to contemplate difficult matters such as war or anorexia.

According to experts, children need to be able to identify with the characters they are reading about in order to be inspired by them. But if they only read about characters that are shaping them into certain roles, some children might grow up trapped by their imagination and as adults they could struggle with gender roles that are constantly developing in the modern society.  As the Belgrade book fair offers a variety of books and topics related to the development of our society, it is important that children’s literature is not overlooked.