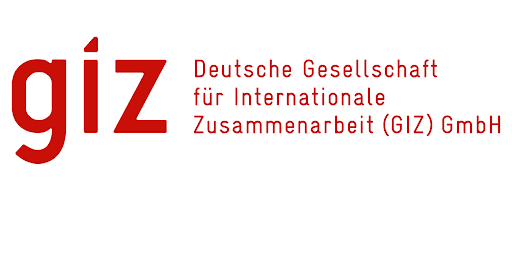 Radmila Nešić’s life, and in part, professional career has been marked by activism in recent years. She’s been running the Ternipe Association for ten years now, the association that currently coordinates the work of Roma Women Network. The Association was founded in Pirot, where Radmila lives, and works with programmes and projects for Roma integration in the society, with special emphasis on Roma youth and Roma women.

Radmila Nešić was only seventeen when she married. Her husband was only 31 when he died, and she was left alone with two children aged five and ten. The family tragedy had forced Radmila to rise above her new living situation and to do something for herself and for her children too. And she has done much more than that.

In recent years, her living and in part professional path has been marked by activism. She’s been on the forefront of Ternipe Association for ten years now, the association that coordinates work of Roma Women Network. The Association was founded in Pirot, where she lives, and deals with programmes and projects for integration of Roma men and women in the society with special emphasis on Roma youth and Roma women.

During the Month of Roma Women Activism and campaign “Early Marriage Does Not Constitute Roma Culture – Meet, Do Not Judge” her Association, in partnership with the Ministry of Labour, Employment, Veteran and Social Affairs, and with support from Deutsche Gesellschaft für Internationale Zusammenarbeit (GIZ) GmbH, in Belgrade, within the German Development Cooperation Project “Inclusion of Roma and other marginalised groups in Serbia”, organised a two-day training for capacity building of Roma Women Network members. 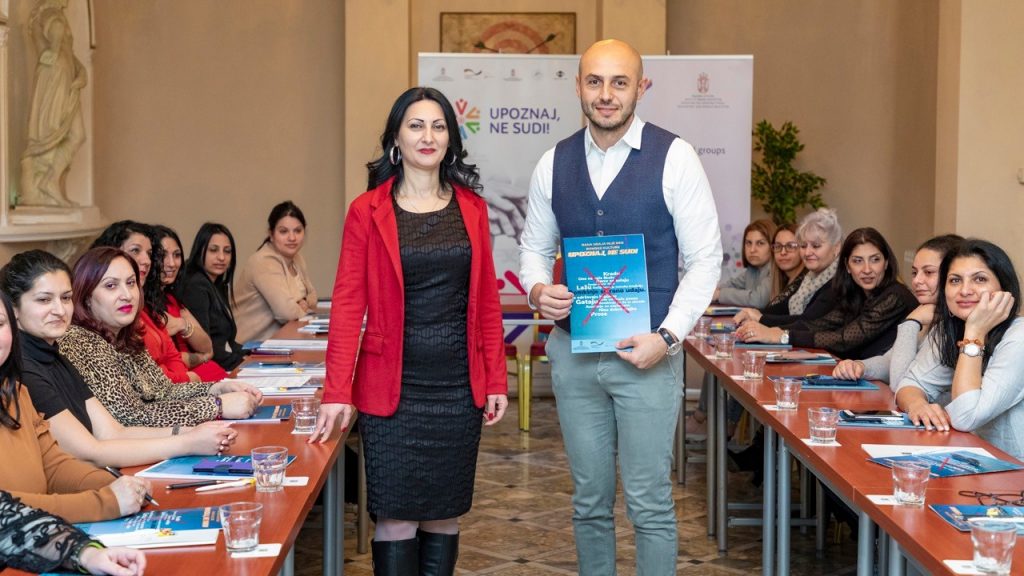 The campaign particularly underlines early marriages, both because an early marriage in itself constitutes a Rome stereotype and because the topic was brought into focus by the abduction of Roma girl Monika Karimanović earlier this year, with comments and media statements often loaded with prejudice that early marriages constitute Roma tradition rather than consequence of social and economic status of Roma women.

“By working in the field, we’ve recognised that cause behind early marriages is poverty and vice versa, that poverty is a resulting consequence of early marriages. It is a vicious cycle”, says Radmila Nešić.

“Presence of early marriages is a fact in some Roma communities, but not due to tradition or culture, rather due to inaccessibility of education, employment inability and other social and economic circumstances present in daily lives of Roma men and women”, she explains. Early marriages, in fact, are part of patriarchal culture everywhere, says Emeritus Professor and Coordinator of the Gender Studies Centre, with the ACIMSI University in Novi Sad, Mrs. Svenka Savić.

“Serbia lacks current data on early marriages outside Roma community, or even if it has them, they are not being published. Organising education and working on early marriage prevention is essential, however, our education system does not allow us to do so. A road to change is gradual and requires significant education both within the Roma community and all other communities, to arrive at an understanding”, says Svenka Savić.

They are to illustrate successful stories in the media, on social networks, at round tables and workshops, during outdoor activities, film screenings and other activities, where women leaders and RWM activists are to be introduced along with many other Roma women and girls who embody positive examples and a triumph over prejudice – as they are educated, have not married as children, are attending universities, work… Prejudices and stereotypes about Roma are abundant. And this is not merely an assumption or an impression.

The campaign on the occasion of the Month of Roma Women Activism includes series of activities and events throughout Serbia. Given that one way to combat prejudice, stereotypes and discrimination is through positive examples, the focus of said activities in the campaign is in fact showcasing positive experiences. 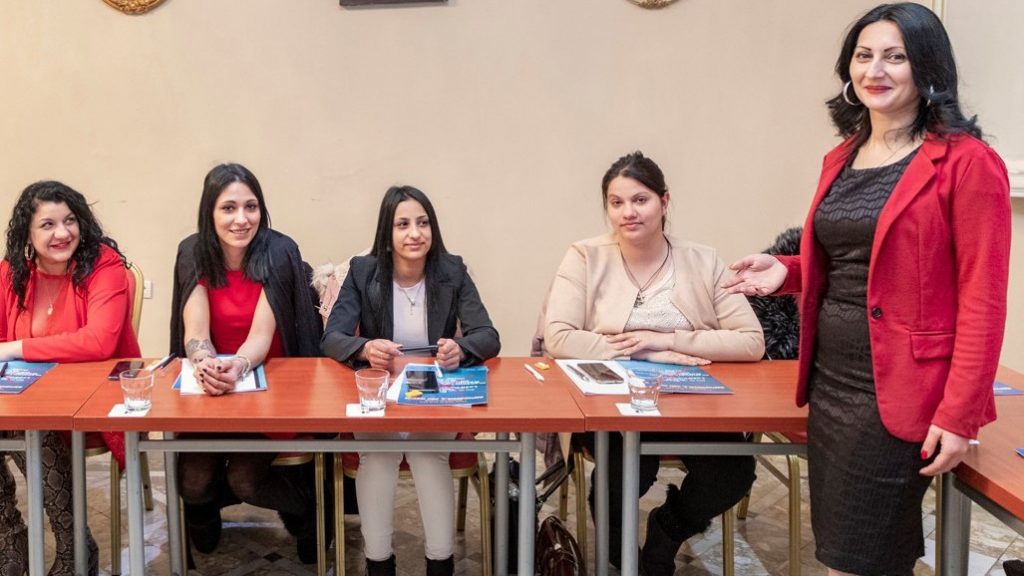 It is a well-supported fact. Labour Market Discrimination Survey, completed in 2019, suggests that more than 70% of employees agree or partially agree with the following statement: “Roma people dislike working”.

This attitude is even prevalent among respondents who condemn discrimination. That further suggests the utmost importance to help people shed light on stereotypes and prejudice as habitually the main reasons for discrimination. Campaign’s message is therefore: “Meet, Do Not Judge”, explains Petar Antić from GIZ.

Antić also points out that the discrimination Roma women face is quite often multifaceted.

“Results of the survey Attitudes of Serbian citizens towards discrimination from 2019 show that two thirds of citizens (69%) believe discrimination in Serbia is extensively present, while 50% see Roma as the ones most exposed to discrimination, right after women (33%).”

As in the entire Western Balkans region, members of the Roma minority in Serbia are among the most vulnerable and marginalised groups. Adding to structural disadvantages, the Roma minority also faces discrimination owing to stereotypes and prejudices.

Radmila Nešić, from personal experience, says that some of her family members do not declare themselves as Roma specifically out of fear from discrimination.

“My uncle is a conductor, my sister is a violinist, my other sister is a lawyer, and not a single one of them declare themselves as Roma”, she explains. 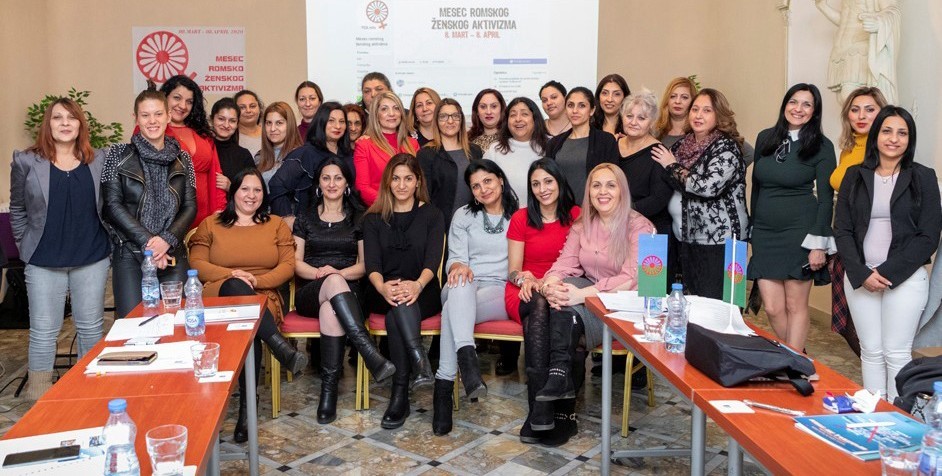 On the other hand, stereotypes are well rooted in sections of Roma minority too. Roma girls and women endure multiple discrimination while being exposed to patriarchal insolence within the community preventing them from having equal access to education and employment, health care and other social services.

“Can you even imagine a position of a woman over the age of 50 who is looking for a job, and how particularly hard it is for her if she is Roma? If we add on prejudice and stereotypes that Roma people are likely to steal or dislike to work, what are her chances to find employment? Prejudices and stereotypes are a huge obstacle in exercising fundamental human rights”, Antić concludes.

The post Meet, Do Not Judge! appeared first on Nemačka saradnja u Srbiji.

EMBASSY OF THE REPUBLIC OF FRANCE National Day: July 14th

23julalldayalldayEMBASSY OF THE ARAB REPUBLIC OF EGYPTNational Day: July 23rd