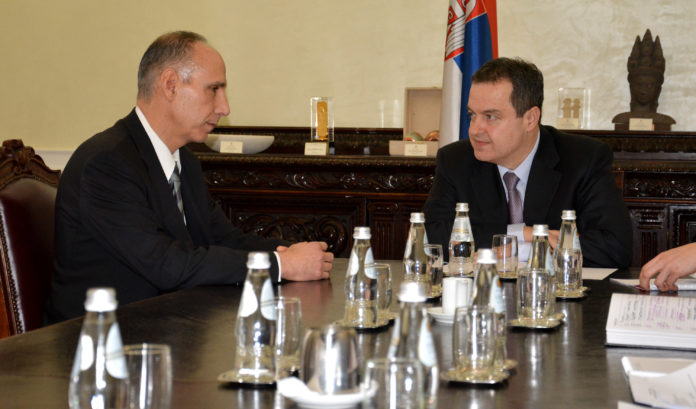 The interlocutors agreed in a friendly conversation that the bilateral relations had been traditionally good and friendly, with no outstanding issues.

The main topics that featured in the talk included further development of bilateral relations, with special emphasis placed on the intensification of the political dialogue, holding of the two Governments’ joint session, and the support of the Republic of Cyprus to Serbia’s European integration. Both sides reflected on other issues of importance for regional peace and stability. Special attention was given to the unfolding migrant crisis.

The Cypriot side reaffirmed once again the principled and unchanged position of Cyprus concerning the issue of the unilaterally declared independence of Kosovo; Minister Dacic expressed his gratitude for this stance, stressing its cardinal importance for Serbia.