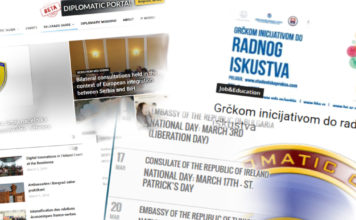 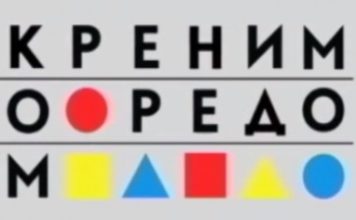 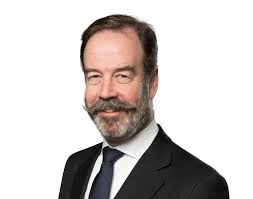 Gilles Beschoor Plug (1962) arrived in Serbia in August 2019 and presented his credentials to H.E. the President in September. Having studied law at Erasmus University Rotterdam in the previous century, Gilles joined the Foreign Service and was posted in the lower ranks in Moscow, Nairobi and Damascus – the linking factor obviously being their geographical location at the same longitude (37°E).

In between, he worked at the ministry in The Hague in the departments of Security Policy and of European Integration. He also served as Private Secretary to H.M. the Queen and H.R.H. Prince Claus of The Netherlands.

After having escaped 37°E by spending three years as ambassador in Abu Dhabi, Gilles served as the director for the North Africa and the Middle East department at the ministry in The Hague. From 2015 until August 2019 he was the Dutch ambassador in Tel Aviv.

Consequently, he has acquired some experience in the fields of conflict resolution, societal changes, humanitarian aid, and trade and investment, mostly in Eastern Europe and the Middle East – but these regions host too much diversity and too many perspectives for diplomats to be labelled as a kind of expert.

Indeed, Gilles continues learning on the job and considers curiosity a required quality for diplomats. He never ceased to be amazed by the rich tapestry of the societies in which he had the privilege to represent the Netherlands.

Gilles is married to Louise Wesseling, who is an indispensable ally in his work. The Dutch Ministry of Foreign Affairs should consider itself lucky with partners of heads of mission willing to participate in the ubiquitous representative work of diplomats: it gets two for the price of one (which certainly is a Dutch quality).

The couple has three children studying in the Netherlands. Gilles loves cigars, European literature, classical music and his Ducati motorbike. He is an active tennis player and took surfing lessons in order to impress his kids – to no avail, unfortunately.

About the Netherlands
The Dutch – all 16 and a half million of them – live in 41,526 square kilometres, little more than half the size of Scotland. This makes the Netherlands one of the world’s most densely populated countries.

The Netherlands is best known for its tulips, windmills and clogs. And for its low altitude and vulnerability to flooding. Less well known is that the Netherlands has the tenth largest economy in the world, and ranks sixteenth in GDP. Equally little known is that the Dutch have won Nobel prizes for chemistry, physics, medicine, economics and peace or that the world’s planners and architects flock here to learn about Dutch solutions for this crowded country.

Doing business with the Netherlands

Most diplomatic missions and business support offices have staff who can help you with trade requests or introduce you to different trade programmes.