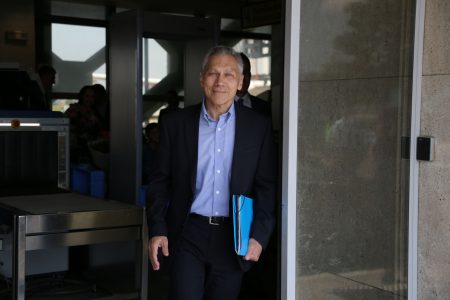 The newly appointed Ambassador of Russia to Serbia, H.E. Alexander Botsan-Kharchenko, handed over a letter of credence to the President of Serbia, Aleksandar Vucic, and officially started the diplomatic mandate in Belgrade.

From 2004 to 2009, he was a Special Representative of Russia’s Foreign Minister for the Balkans.

From 2009 to 2014 Harchenko was an ambassador to Bosnia and Herzegovina.

Graduated from MGIMO (the USSR Ministry of Foreign Affairs’ Moscow State Institute of International Relations) and embarked on a diplomatic career in 1979.