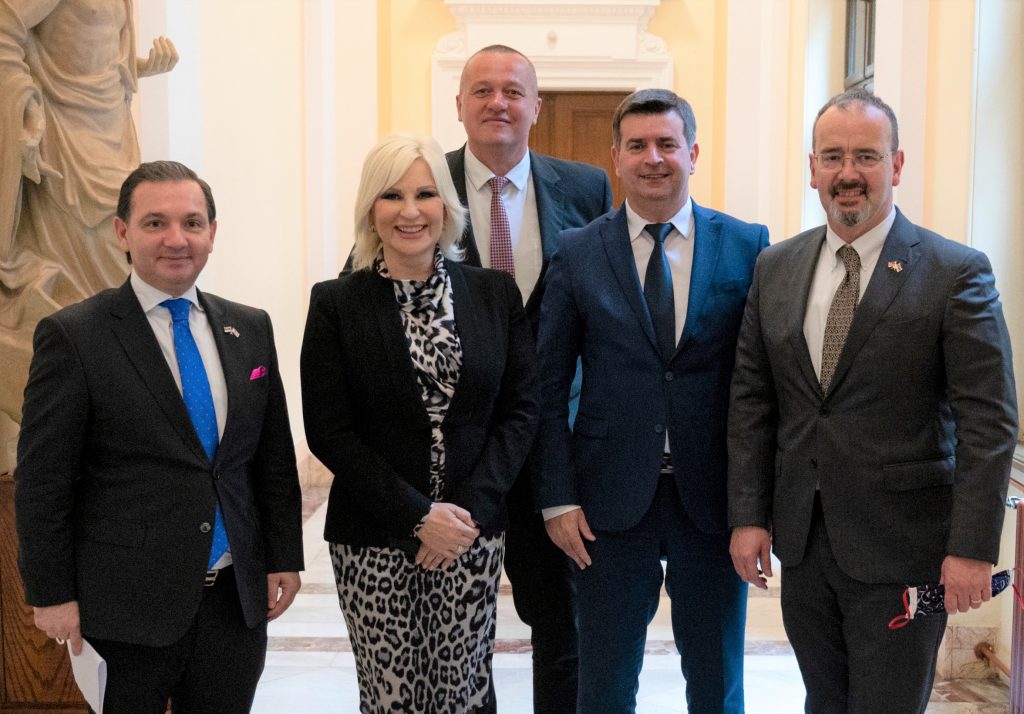 Relations between Serbia and the United States are one of the priorities of Serbia’s state policy. For most of our history, relations between the two countries have been reflecting partnership, solidarity and brotherhood, and we must not forget that.

“A difficult year is behind us during which we found ourselves in a situation where the same threat knocked on the door of both the rich and the poor. We were all exposed to the same danger, and in such moments there is little that can help except joint fight and solidarity,” said Ivica Dačić, Speaker of the Serbian Parliament at the opening of the conference ONE YEAR LATER: Serbian – American relations facing the COVID -19 challenges“, held on 13th April at the National Assembly.