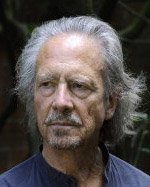 SASA Foreign Member Peter Handke is this year winner of the Nobel Prize for Literature. As the Swedish Royal Academy said in a statement, this prize has been awarded to him for ‘an influential work that with linguistic ingenuity has explored the periphery and the specificity of human experience’.

Peter Handke is one of the most significant writers of the German language and contemporary world literature. He is the author of numerous novels, dramas and essays, and a winner of multiple international literary awards. He was elected a foreign member of the Department of Literature and Language of the Serbian Academy of Sciences and Arts on 1 November 2012.