President of the Republic of Serbia Aleksandar Vučić received the letter of credence of the new Ambassador of the Slovak Republic, Fedor Rosocha, and wished him a successful diplomatic post in Belgrade. 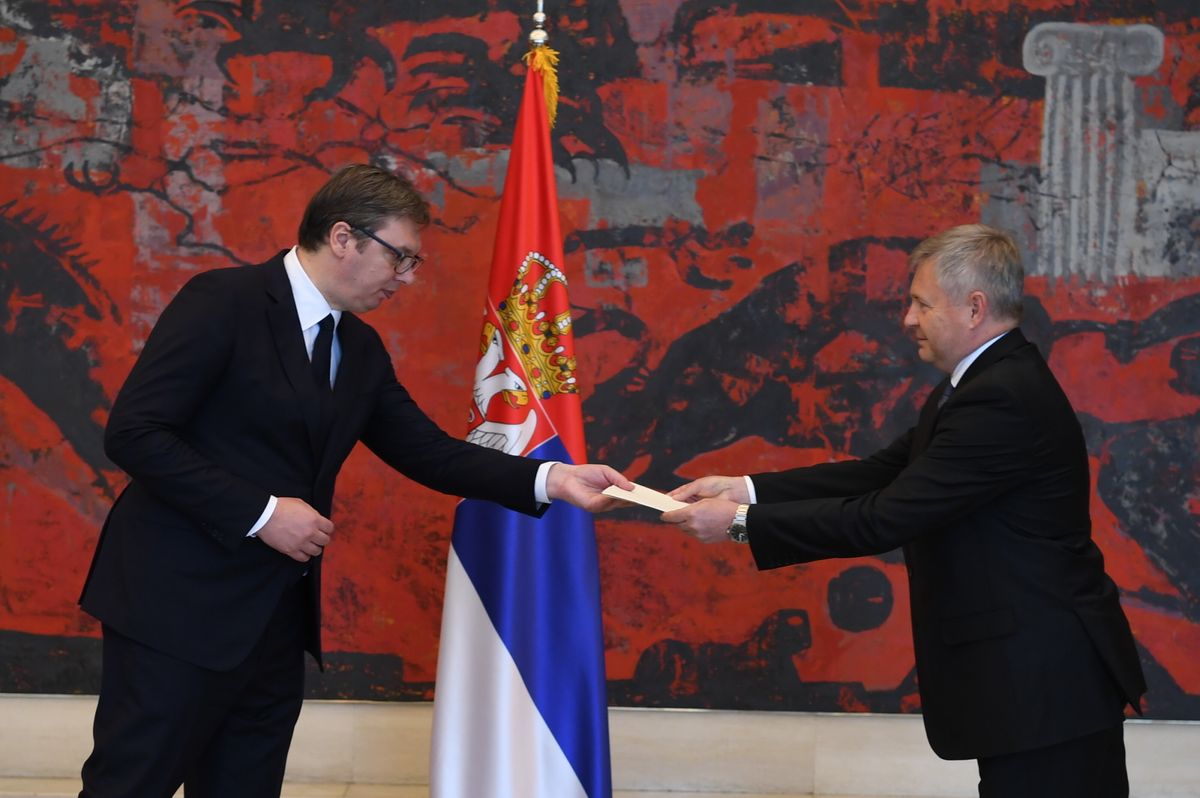 President Vučić expressed his gratitude to friendly Slovakia, which, despite pressure, persists in its principled position to respect the territorial integrity and sovereignty of Serbia, as well as for its strong support on Serbia’s European path.
President Vučić said that Serbia remains a sincere friend and reliable partner of Slovakia and expressed satisfaction that good political relations between the two countries are accompanied by progress in the development of economic ties, as well as cooperation in all other areas as Slovakia is a very prosperous country from whose experience a lot can be learned. The President asked Ambassador Rosocha to convey an invitation to Slovak President Čaputová to visit Serbia.
President Vučić welcomed the appointment of Miroslav Lajčák as the EU Special Representative for the Belgrade-Pristina Dialogue and other Western Balkan regional issues, convinced that he – as a good expert on the situation and relations in the region – would perform this duty responsibly and impartially. On this occasion, the President reiterated that Serbia is committed to maintaining stability in the Western Balkans and will continue to pursue a policy of peace and cooperation in the region.
President Vučić also emphasised the need for stronger cooperation with the Višegrad Group, whose experience can serve as a model for regional cooperation in the Western Balkans.
Ambassador Rosocha congratulated President Vučić on the excellent response of the Serbian authorities to the challenge of the pandemic, as well as on the excellent economic results, due to which the interest of Slovak investors has increased.
The two interlocutors agreed that Slovaks living in Serbia signify a specific link between the two countries, and whose position, according to President Vučić, Serbia will continue to improve.
VIDEO MATERIAL CAN BE DOWNLOADED FROM THE FTP SERVER OF THE MINISTRY OF DEFENCE.
Belgrade,
12th May 2020