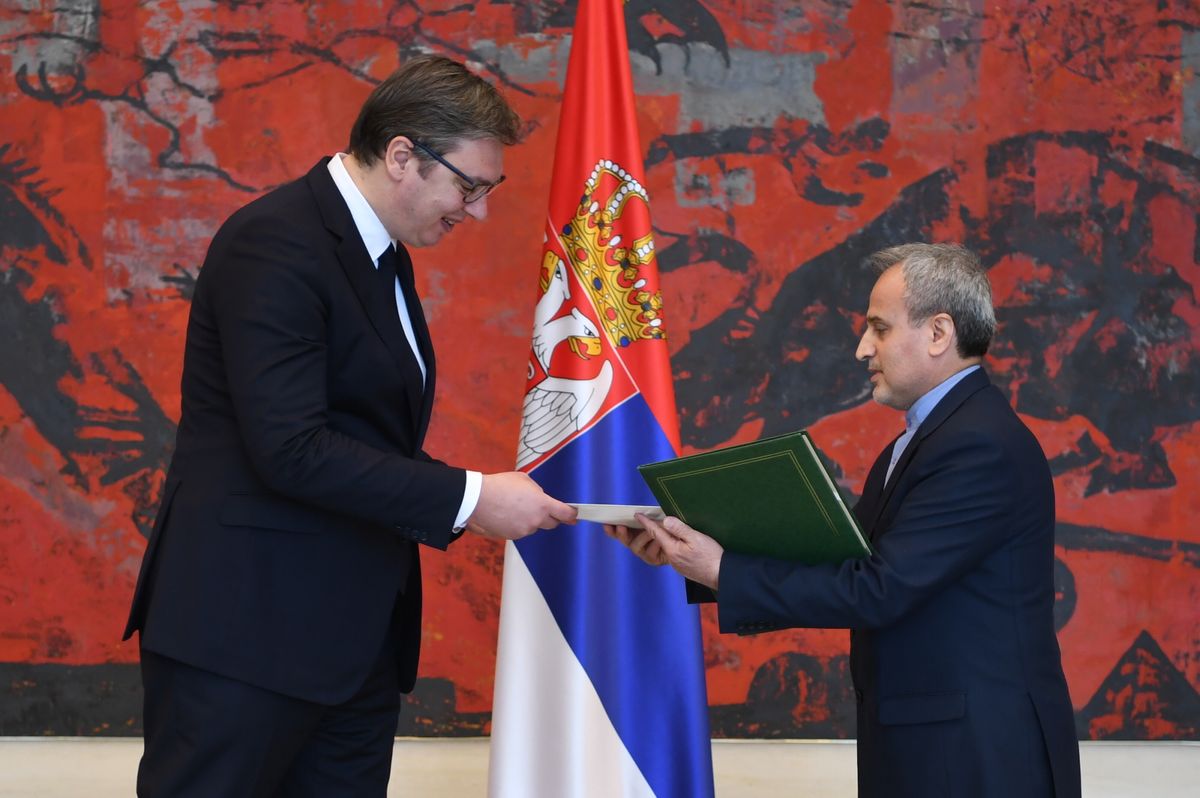 President of the Republic of Serbia Aleksandar Vučić welcomed the new Ambassador of the Islamic Republic of Iran, Rashid Hassan Pour.

In the conversation following the ceremony of handing over the credentials, President Vučić expressed his condolences for the victims of the infectious disease COVID-19 in Iran, as well as his hope that both countries will successfully overcome the current health situation and dedicate themselves to fulfilling plans for the future and developing bilateral cooperation.
President Vučić pointed out that Serbia will develop cooperation with Iran in areas offering real possibilities and mutual interest. He expressed hope that the rise will primarily occur in economic cooperation.
President Vučić emphasised that Serbia feels sincere gratitude to Iran, as this country also shows its friendship by not recognising the unilaterally proclaimed independence of Kosovo, and by its respect for the territorial integrity and sovereignty of our country.
Ambassador Hassan Pour said that Iran would remain consistent with its principled position and will continue to support Serbia in international organisations. He affirmed the determination of the authorities in Tehran to develop comprehensive relations with our country. He conveyed the greetings of President Rouhani, as well as the gratitude of the Iranian state leadership for the initiative and engagement of President Vučić in the development of cooperation between the two countries.
President Vučić and Ambassador Pour expressed hope that circumstances would soon allow the exchange of visits and the resumption of previously planned interstate contacts.
VIDEO  MATERIALS CAN BE DOWNLOADED FROM THE FTP SERVER OF THE MINISTRY OF DEFENCE.
Belgrade,
12th May 2020

Exhibition on Women in Mathematics at Kalemegdan