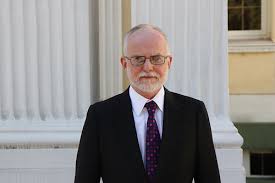 The Prime Ministers of Serbia and Kosovo have signed a range of agreements following talks between the two countries in Brussels, facilitated by the EU High Representative Federica Mogherini.

Commenting on the agreements, the Foreign Secretary Philip Hammond said:

I congratulate Prime Minister Vucic, Prime Minister Mustafa and High Representative Mogherini on their hard work and perseverance in securing these agreements.

I urge both Serbia and Kosovo to maintain this positive momentum. Completing the implementation of all their agreements will be an important step towards normalising relations between the two countries and increasing regional stability and security.

I also encourage both leaders to maintain the commitment necessary for both countries to continue on their respective EU paths and towards a stable and prosperous future for all their citizens.

The agreements signed yesterday cover the Association of Serb Majority Municipalities, telecommunications, energy and freedom of movement across the Mitrovica bridge, which links the north and south of the town.