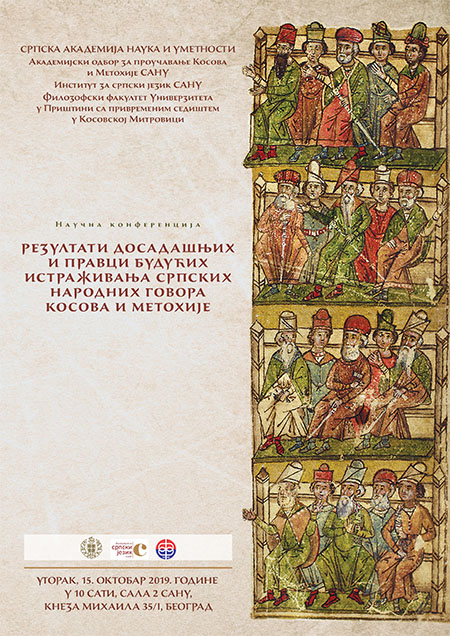 At the end of the conference, a discussion will be open on delivered presentations and on the topic of launching a study project of the vernacular language of Kosovo and Metohija.

The conference is organized by the Serbian Academy of Sciences and Arts, Academy Board for the Study of Kosovo and Metohija, SASA Institute for the Serbian Language and the Faculty of Philosophy of the University of Priština temporarily based in Kosovska Mitrovica.