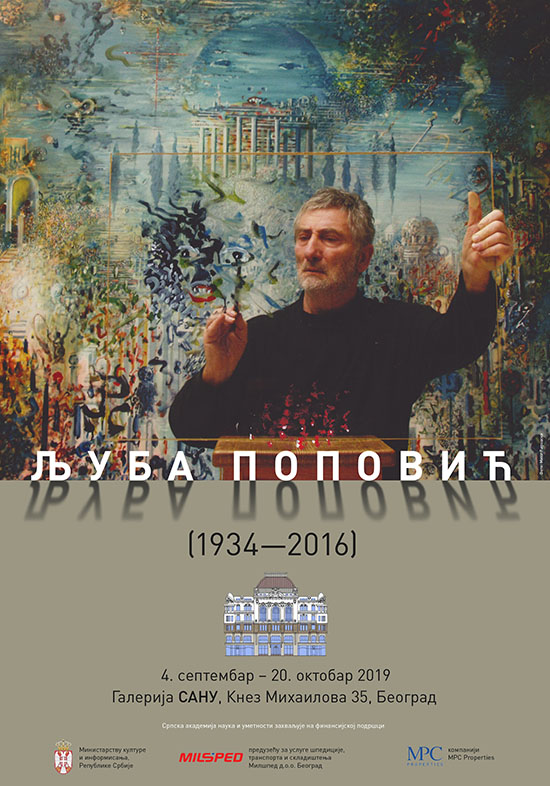 A retrospective exhibition Ljuba Popović (1934-2016) is officially opened at the SASA Gallery, on Wednesday, 4 September.

Academician Ljuba Popović, one of the most notable names of the Serbian, as well as the French art scene, was born in Tuzla, but he grew up in Valjevo, followed by his coming to Belgrade to study at the Academy of Fine Arts. He moved to Paris in the early 1960s. His paintings can be found in prestigious museums, galleries and private collections all over the world.

The retrospective exhibition at the SASA Gallery provides a complete insight into his work. The paintings have been sorted into several periods – Belgrade, Paris for the first time, the 1980s, followed by the 1990s and the period after the year of 2000, while the exception to this chronological principle can be found at the opening part of the exhibition, where a monumental triptych A Tribute to James George Frazer (1976 -1978) will be on display.

Nikola Kusovac and Slavica Batos are the curators of the exhibition which lasts until 20 October.