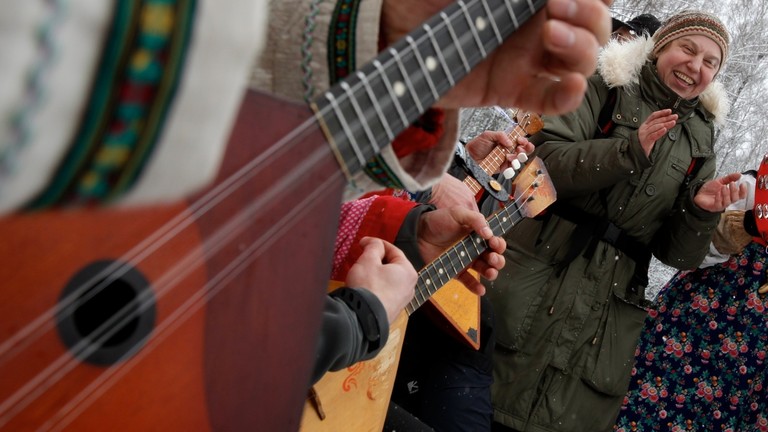 A Russian youth national-instruments orchestra staged an improvised “protest concert” in front of the Swedish consulate in St. Petersburg on Monday. This comes after Swedish authorities earlier banned a musical performance in Sweden over the inclusion of balalaikas.

The instruments, branded “a symbol of Russia,” had been deemed offensive by some locals amid Moscow’s ongoing military offensive in Ukraine. The balalaikas were set to be played during a charity performance to support Ukraine by ‘Soedra Bergens Balalaikor’, a local folk band in the Swedish city of Uppsala.

In protest, the musicians from the Russian ‘Terema’ orchestra played several songs by Swedish pop group ABBA, including “Dancing Queen” and “Gimme! Gimme! Gimme!” on traditional Russian folk instruments outside the consulate.

“We have found it a little offensive,” the orchestra’s conductor, Andrey Dolgov, told Russian media, referring to the Swedish ban. “Music is an eternal art. It should be beyond time, beyond politics,” he said, maintaining that Russian folk instruments “are part of world heritage.”

According to Swedish media, some locals found the balalaikas offensive since they considered them to be a “symbol of Russia.” Jonas Nyberg, one of the Swedish band’s members, told Swedish SVT news media that some of the concert critics went as far as to compare balalaikas to the “swastika.” The concert had been scheduled to be held in mid-April. 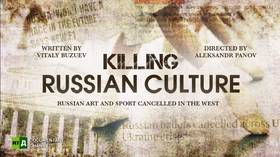 “The argument gets a little weird. We are not Russians, we just happen to play Russian instruments as we have done all these years,” Nyberg told the outlet. The fact that the folk band intended to stage the concert to raise money for Ukraine did not seem to help their cause. Swedish authorities have not commented on the incident.

Russia attacked its neighboring state in late February, following Ukraine’s failure to implement the terms of the Minsk agreements, first signed in 2014, and Moscow’s eventual recognition of the Donbass republics of Donetsk and Lugansk. The German- and French-brokered protocols were designed to give the breakaway regions special status within the Ukrainian state.

The Kremlin has since demanded that Ukraine officially declare itself a neutral country that will never join the US-led NATO military bloc. Kiev insists the Russian offensive was completely unprovoked and has denied claims it was planning to retake the two republics by force.