During the seven-day visit to Russia, delegation from the College of Applied Health Sciences Ćuprija headed by director PhD Christos Alexopoulos and the Association of Nurses, Technicians and Midwives of Serbia visited the Clinical Centre of the First State Medical University in Moscow, Sechenov. 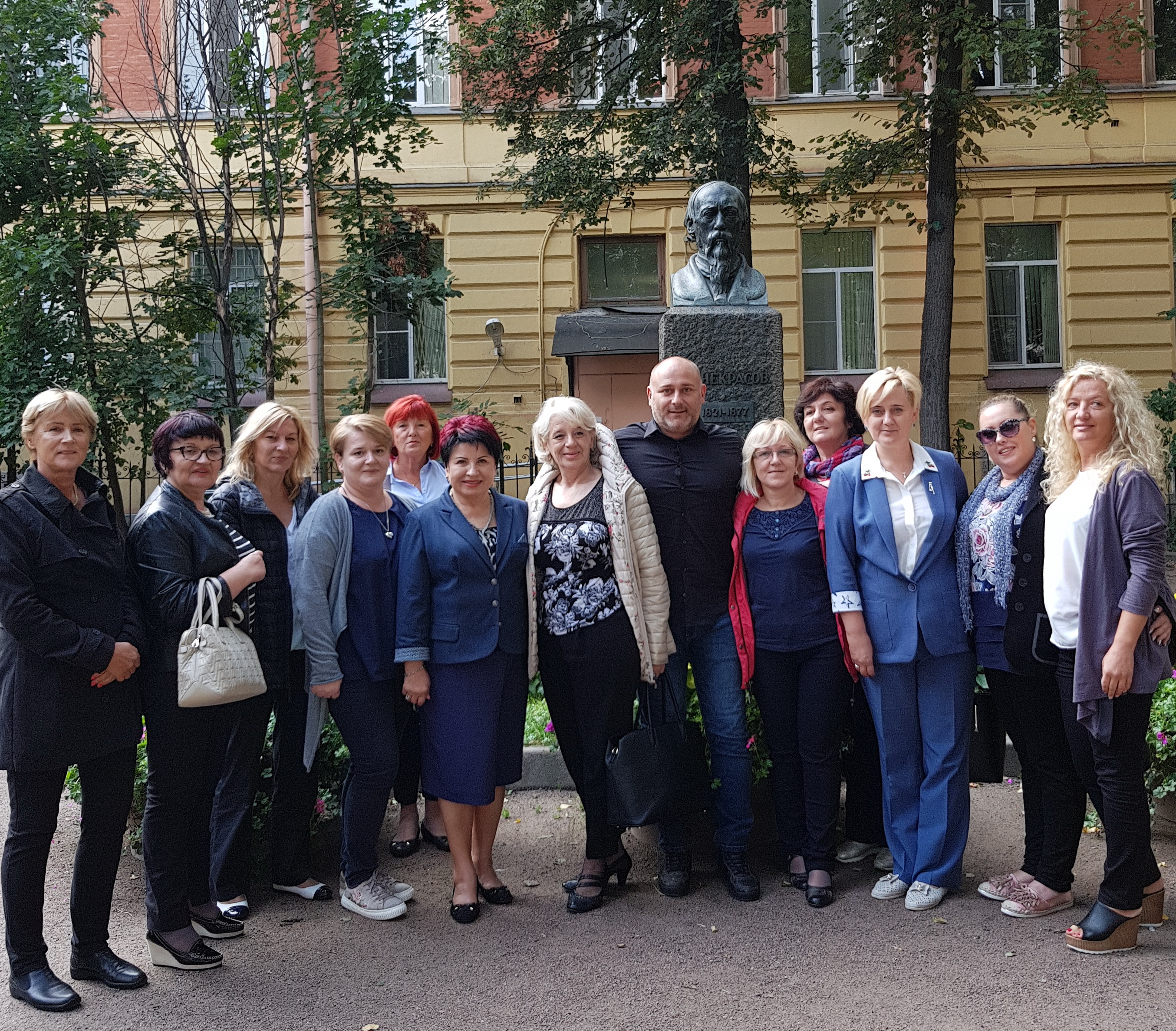 The opening statement of the main specialists in managing the work of nursing services assistant professor Valentina Jefrimova, was followed by lectures on the topic of reengineering activities of nurses and technicians of the Clinical Centre.

At the round table in the presence of Head of Clinical Centre, nurses, representatives and members of the Association of nurses technicians and midwives of Serbia and a number of senior nurses, director Alexopoulos thanked for the hospitality and stressed the importance of the training of nurses in accordance with the latest technologies because the nurse plays a very important role in the preparation and the execution or medical procedures. 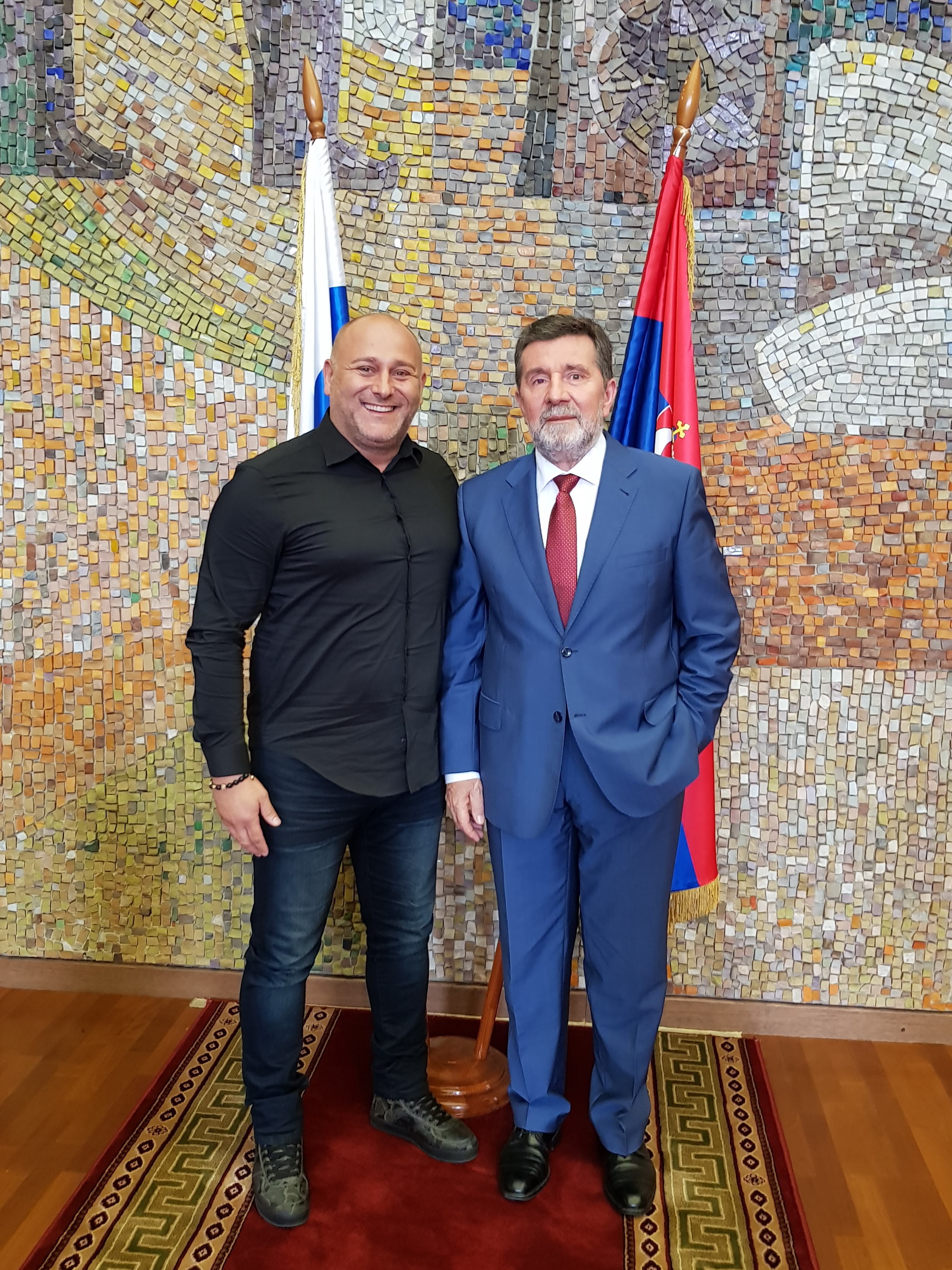 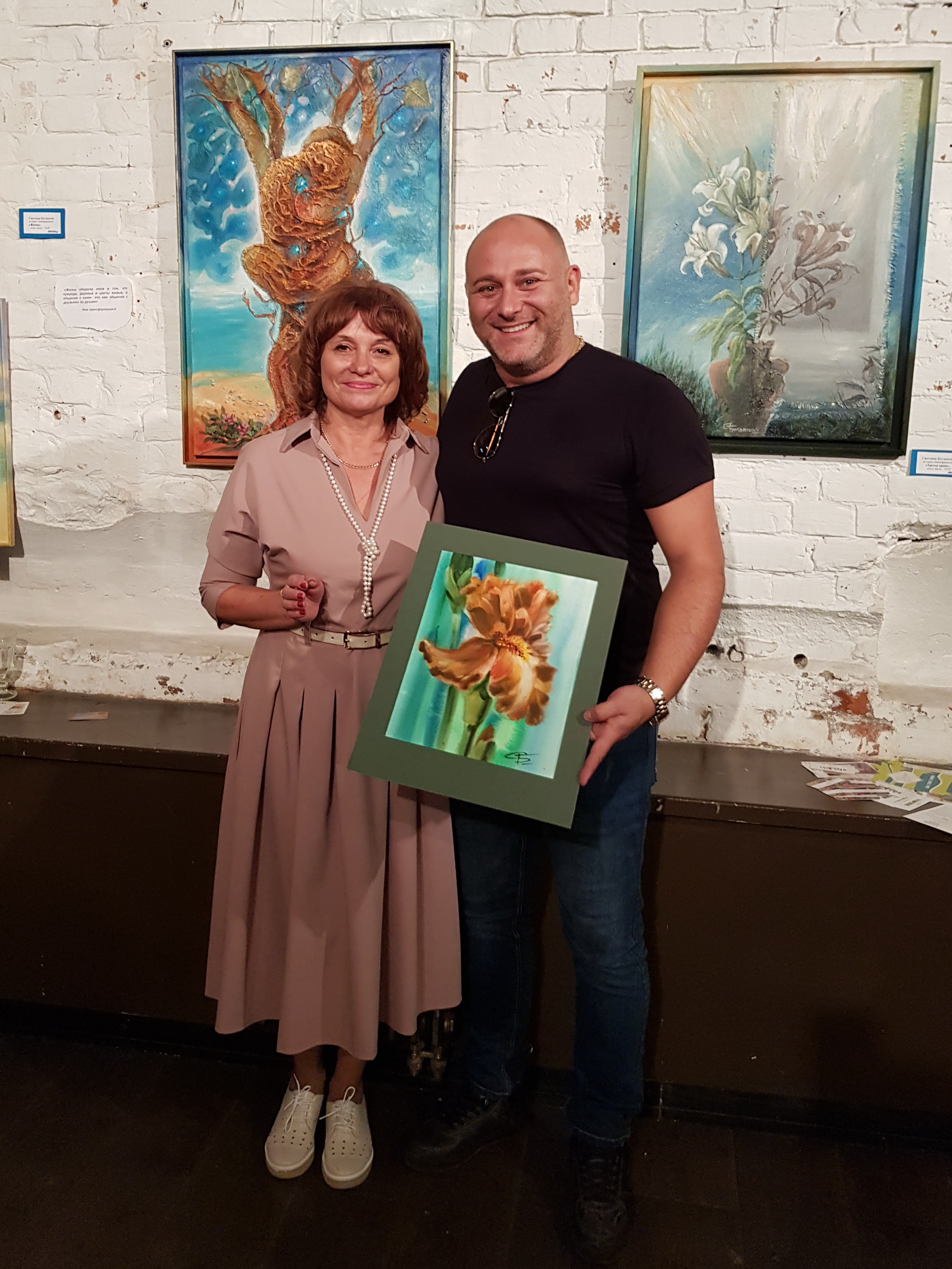 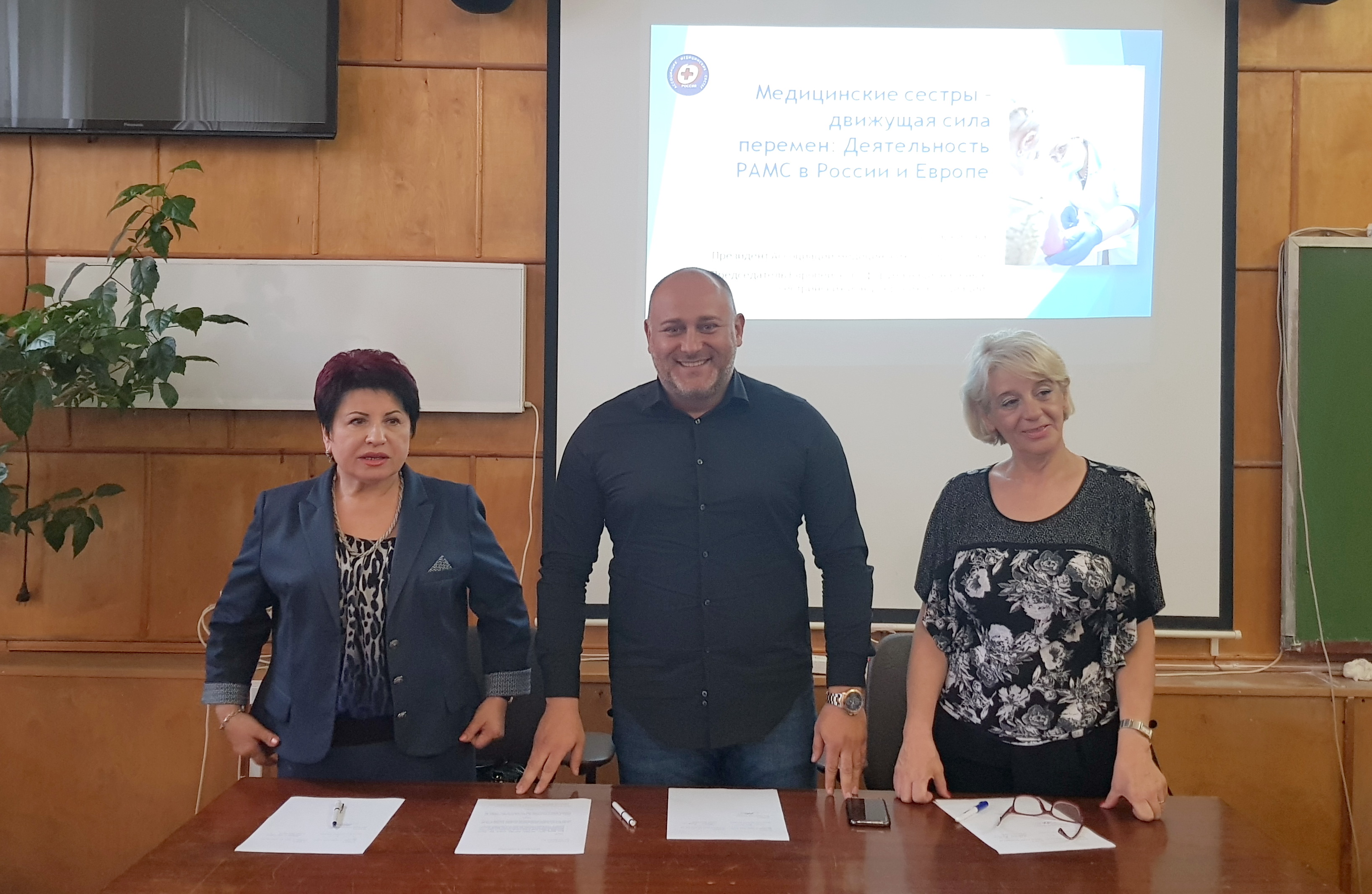 “We should follow the latest world achievements in all areas of medicine, especially in areas where the technology is advanced. Our vision is to train and educate personnel for the future, where will our sisters be prepared to work with the most advanced robots and machines. ” -said Alexopoulos.

At the expert meeting participants were informed about the organization of work of nursing services during surgery using the robotic surgical system Da Vinci, Brahim therapy and the role of nurses in the work with the patient and endoscopic and laparoscopic surgery and organization of nursing services in their preparation and execution. After that, there was a tour of the integrated operational departments for Proctology where he demonstrated the organization of work of nurses during operation in 2D and 3D 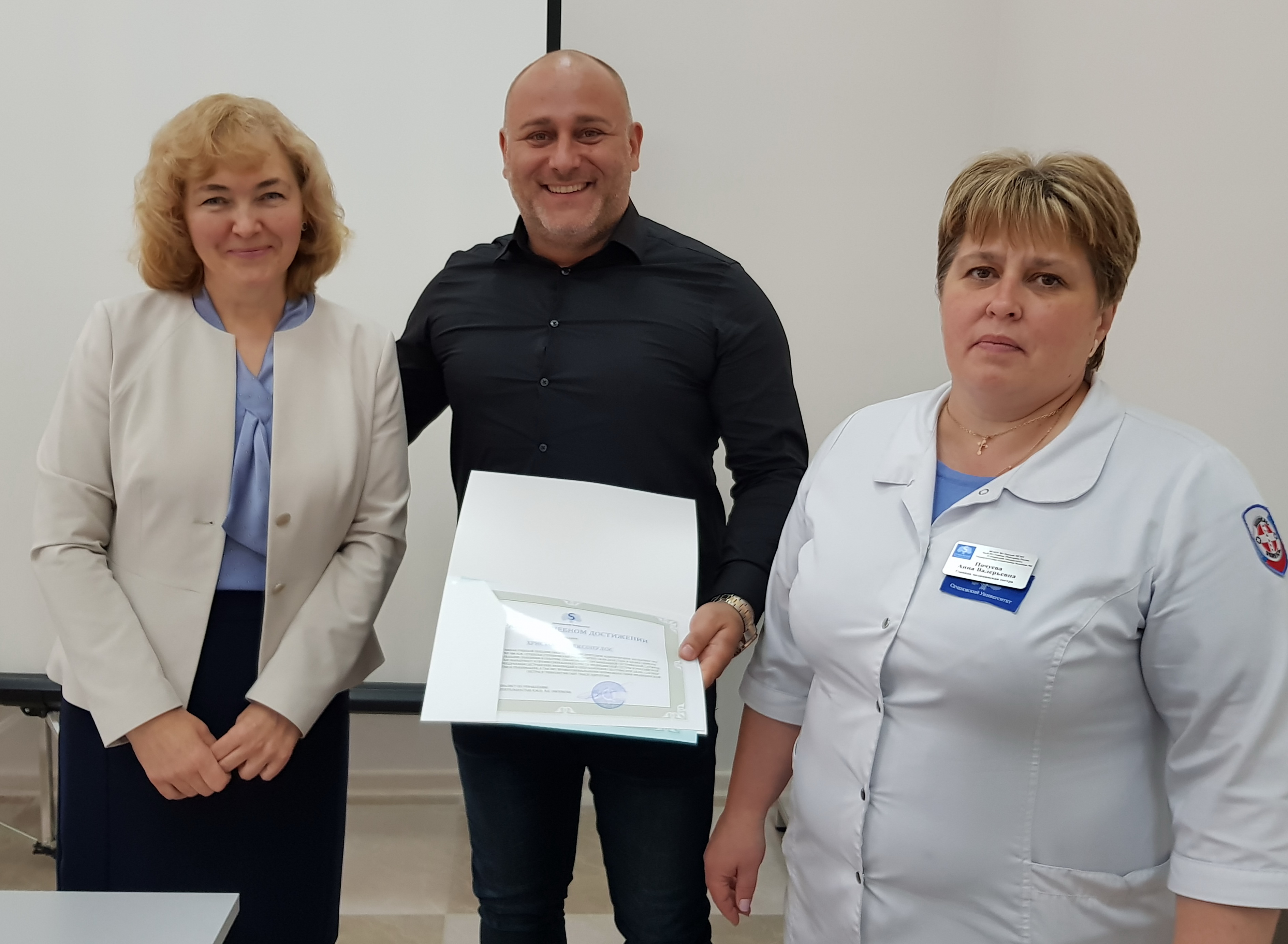 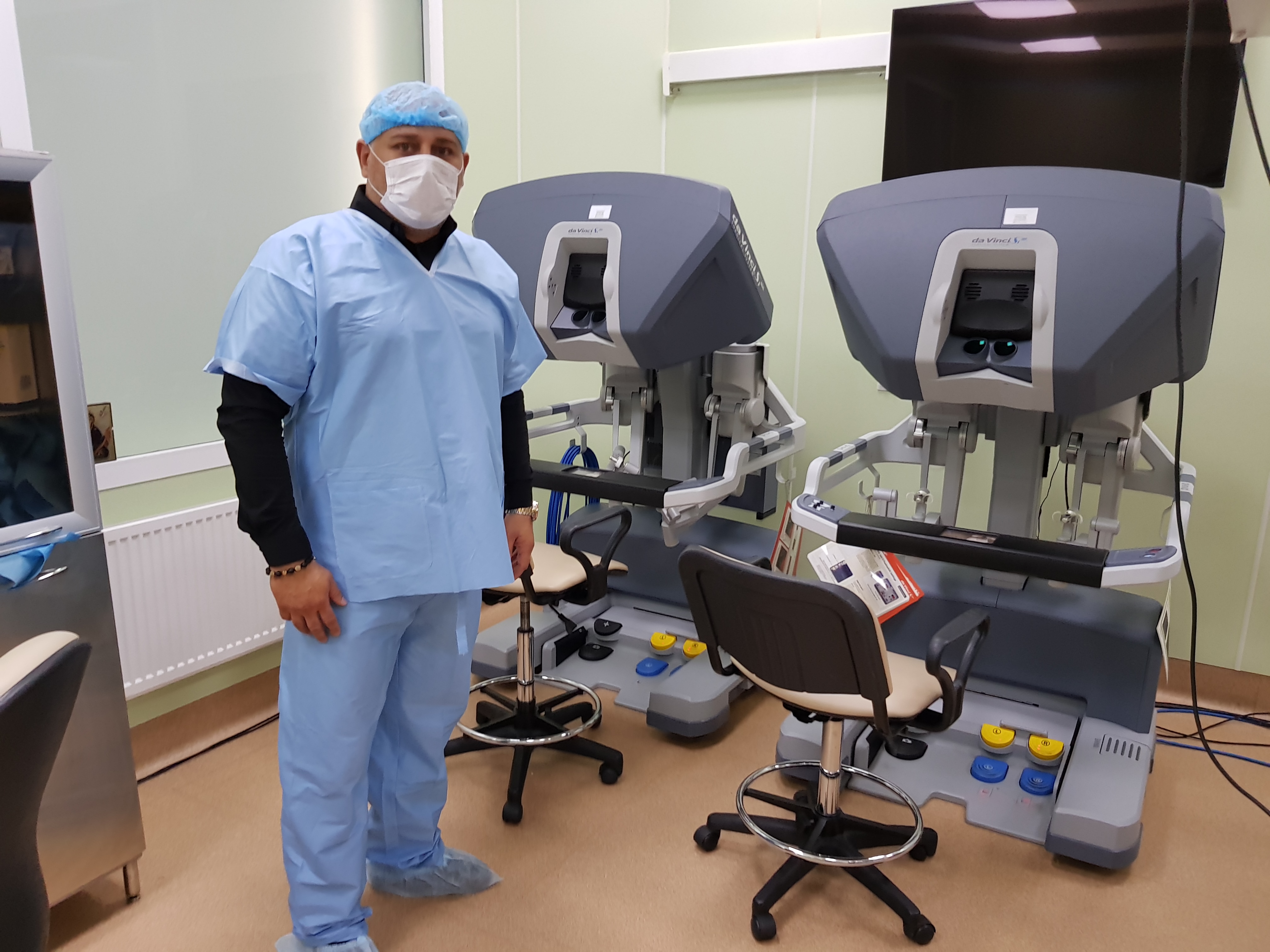 First Moscow State University with a tradition of 260 years consists of six hospitals, two clinical centres, health support clinics, parasitological institute, transfusion, dental centre and the department of pathology with the staff of over 5000 employees. School educational centre next to numerous departments includes the Chair of Higher Education of nursing activities.

At the end of the visit the representatives of Serbia were awarded certificates of academic achievement in the exchange of professional knowledge and experience in the field of nursing.

The delegation also visited San Petersburg, where they signed an agreement between Serbia and Russia in the field of education and engagement of nurses.

International agreement of this kind was signed for the first time in history and by the College of Applied Health Sciences represented by director PhD Christos Alexopoulos, Association of nurses, technicians and midwives of the Republic of Serbia, represented by the President Dijana Otašević and the Association of Nurses of Russia based in San Petersburg.

PhD Christos Alexopoulos addressed the crowd and thanked the Russian people who support Serbian politics. “We are proud that the two presidents show the way that guarantees the stability of not only Serbia but also the region, the policy of President Vucic is parallel to policy that Russia has, and it is with great honour that we have today in the beautiful San Petersburg put a little foundation stone that strengthens and other sectors such as the education which is the key component of our better future.”-said Alexopoulos.

President of the Association of Nurses of Russia Valentina Sarkisova visibly showed enthusiasm and initiative on a proposal from director Alexopoulos and gladly accept cooperation. Pointing out that the goal of our institution is not only the education of nurses, but also their position in the health care system. In particular, she was glad he led Serbian institutions just one Greek remembering at the historical origins and the links between these three Orthodox peoples who have a special relationship and cooperation at other levels, but this contract and in the field of health care and nursing.

Mutual cooperation between these institutions in the field of science and practice will greatly contribute to the development of education, culture and other social relations at the international level.

The Ambassador of the Republic of Serbia to Russia, His Excellency Slavenko Terzic, hosted the representatives of the College of Applied Health Sciences Cuprija and the Association of Nurses, Technicians and Midwives of Serbia in the premises of the Embassy in Moscow. In an interview, the ambassador, a historian by profession, reminded the audience of the historical circumstances of Serbia, Russia and Greece over the years.

His Excellency, among other things, stated that he is ready for every kind of cooperation on the access to information and contacts of guests with Russia. Director Christos Alexopoulos informed the ambassador about the study trip plan, the activities of the School and the Association and the cooperation with the Russian institutions. He also thanked for the hospitality, saying that the whole delegation was at home in the Serbian embassy in Russia. “The Ambassador made a great contribution to make our visit as successful as possible in the Russian Federation,” said Christos Alexopoulos.

At the end of the trip in exhibition of art paintings, director Alexopoulos was presented with a surprise, a gift “Russian Flowers for Serbia” by the Russian academic painter Svetlana Bogdanova for the memory of the trip.