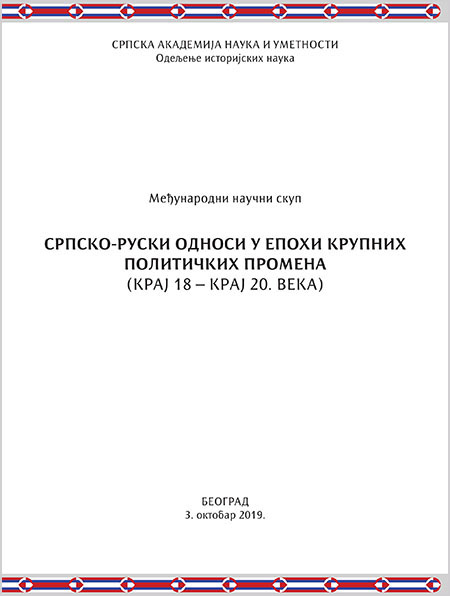 Serbian-Russian Relations in the Times of Major Political Changes

Academician Mihailo Vojvodić will open an international conference titled ’Serbian-Russian Relations in the Times of Major Political Changes’ at the SASA Gallery, on 3 October, at 10 a.m., which encompasses the topics covering the period from the end of the 18th to the end of the 20th century.

This era represents a very dynamic historical time which saw major political, social, cultural and geopolitical changes in the history of Serbs and Russians, as well as in all Europe. They greatly influenced the fate of both nations and their states. In the history of Serbs, this era started with the Serbian revolution in 1804 and with a desire for liberation and unification of the Serbian people, finishing in the dissolution of the Yugoslav state at the end of 20th century after various historical upheavals. Similar historical crossroads and turmoil can be found in the history of Russia and the Russian people, starting with “the Greek Project” of the Empress Catherine II, over a crucial historical crisis such as the October Revolution in 1917, and ending with the disintegration of the Soviet Union at the end of the 20th century, almost at the same time when Yugoslavia was falling apart.

The international conference represents an opportunity to scientifically clarify similarities and differences in the development of these states and their societies, as well as mutual influence and cooperation of the two nations. The conference is organized by SASA Department of the Historical Sciences.