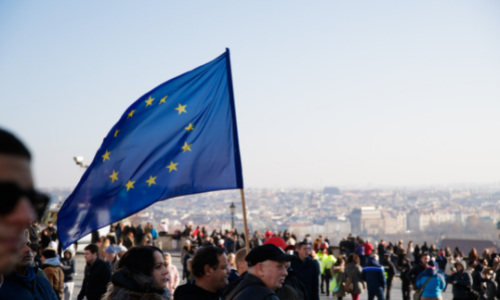 The task of the institutions and the member-states of the EU is not only to defend liberal democracy against strong external threats but also to prevent it from dying from within. As evidenced by a recent survey by the Bertelsmann Stiftung, more than 54% of respondents stressed that their voice does not count, and 32% that their participation would not make a difference. To address this gap, citizen participation must become an integral part of democracy in the EU.

The pandemic crisis and the Russo-Ukrainian war have shown that European societies are extremely vulnerable. It is important to recognize this. Only in this way will the EU be able to introduce aimed at the sustainability of Europe integration and the resilience (that is, the capacity to absorb shocks and stress) of the European citizens, their economies, and societies.

The birth and development of the EU were and are based on a simple idea: the connection of nations with the goal of peace. Brexit, the election of Donald Trump, as well as the behavior of other countries – from China and Russia to Turkey and Brazil – point to a direction in which nationalism and power politics may prevail over interdependence and dialogue. Interdependence does not only connect the world but also divides it. New technologies of communication and information polarize societies. Powerful states and governments also manipulate what binds them together – using, for example, sanctions, boycotts, export controls, or import bans (Mark Leonard,2021, The Age of Unpeace, Transworld Publishers).

The EU responded to the Russian invasion of Ukraine with coherence and determination. The fact, however, is that the European Union has entered a period that will highlight many problems that require difficult decisions. Should “soft power” be abandoned? Is it time for “hard power”?

The mistake that the EU must not make is to eradicate the identity it has cultivated for itself and its role in the world. The Russian invasion of Ukraine threatens to push the EU into a new bipolar condition (the USA in the West and China in the East). Worrying also is the use of terminology that is based on the “West” and the “Free World”. This is an ideological setback. The world is not bipolar, but multipolar. Globalization has also created realities whose rupture can prove to be chaotic and overemphasis on absolute ideological positions leads to divisions that are hard to bridge.

In recognizing this, the EU should defend what it had created since the 1950s: prosperous and thriving liberal democracies based on the rule of law and accountability. It is important to make clear that the EU will not give up its fundamental values, especially when they are threatened by member-states (Hungary, Poland). The end of the EU will not come because its member-states will not be able to agree on policies to curb climate change. Compromise on such issues is difficult, but it is achievable. The end of the EU, as in any political community, will come when its core values are not shared by all of its member-states.

The EU should also proceed with a strategy that is guided by the logic that “power with others” is more important than “power over others” (Joseph Nye 2021, Do Morals Matter, Oxford University Press). The EU must respond to the multipolarity and rise of forces outside the West and reflect on how it found itself in its current predicament. How has overconfidence in its own charm and its own model undermined the EU’s perspective for itself and the rest of the world? Self-confidence and overestimation of the superiority of “European culture” is not always a virtue. The exercise of humility would be useful.

It is also very important for the EU to support the weak countries/regions of the world – and in particular through an initiative to set up a global program to combat the negative effects that the pandemic and war in Ukraine will have on developing countries. Entering the third year of the pandemic, and without the resources, the EU has used to protect itself from the effects of the pandemic, the developing countries, already financially and socially vulnerable, have been hit hard. Times are certainly difficult, but when the developed EU only cares about “its own”, how sure is it that it will be safe if not everyone is safe?

In dealing with the above, the EU also seriously needs to ask and answer the following question: where does it want to direct its public policies? This requires reflection on (a) the correction of wrong choices (overemphasis on the financial sector and individualism, and (b) the pressures that member-states will face from the complex and successive crises that characterize today’s world. The pandemic seems to have worked as a turning point in this regard. Indicative is the decision of the European institutions in 2020 to go ahead with the Conference on the Future of Europe (2021-2022), a pan-European exercise of participatory and consultative democracy, which enabled citizens to make proposals for the priorities the EU has to set. Regaining citizens’ trust is a major challenge.

The task of the institutions and the member-states of the EU is not only to defend liberal democracy against strong external threats but also to prevent it from dying from within. As evidenced by a recent survey by the Bertelsmann Stiftung, more than 54% of respondents stressed that their voice does not count, and 32% that their participation would not make a difference. To address this gap, citizen participation must become an integral part of democracy in the EU.

Only in this way will the EU be able to inspire. And the EU has all the “qualifications” needed to draw up this strategy. The thousands of pages of the acquis communautaire, which governs everything from gay rights and the death penalty to sound emissions and food safety, are the EU operating system. Thus, it is necessary to reassess the situation in an environment that has already changed and will change to a more competitive, aggressive, and uncertain one. If this is not a serious reason for rethinking the EU, then no other will be found.

The post Some thoughts on why and how we should think about the future of the European Union appeared on BIDD.