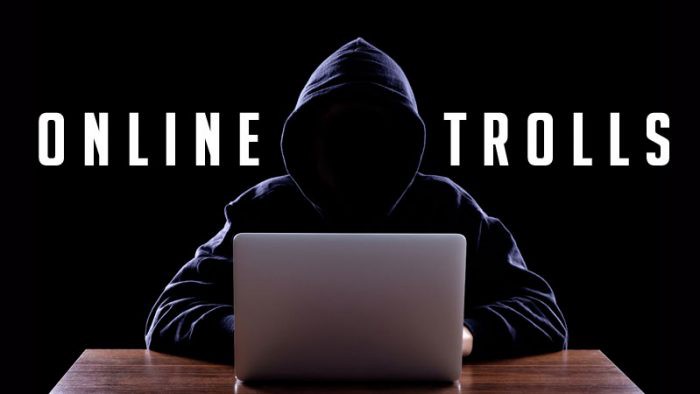 If you’ve ever been the recipient of persistent online trolling, then you know exactly how discombobulating it can feel. You might start to question yourself and even your sanity. You might feel mixed emotions that range from confusion and anger to anxiety and sadness. And you wouldn’t be alone.

Research has shown that roughly four in 10 Americans have personally experienced online harassment and that 62 percent consider it be a major problem. It is a serious and widespread problem and can affect literally anyone that has access to a computer and social media.

It has also happened to me. As a clinical psychologist, I wrote a serious account in Scientific American about my own experience in the context of the ongoing harassment of scientists and health professionals. I also wrote a less serious, facetious commentary about a popular trolling tactic called sealioning.

I’ve spent a lot of time thinking deeply about this problem. And if you’re like me, you might ask: But why does online trolling exist in the first place? And what can I do about it? Well, before we can get to the psychology, we have to get our definitions in order.

Different aspects of the trolling phenomenon have gone by many names: trolling, harassment, cyberbullying, flaming, shit-posting, etc. While these terms are not exactly the same, they do have a common theme: they all describe bad-faith, unwelcoming behavior that occurs online to disrupt conversations, often by parachuting into discussions uninvited. It’s helpful to think about trolling on a spectrum of intensity and threat level. For example, on one end of the spectrum, there can be infrequent mildly annoying but ultimately harmless trolling; and on the other end of the spectrum, trolling can bleed into a form that is severe, relentless, and dangerous. The precise boundary between trolling and harassment is fuzzy. As a rule of thumb, if trolling becomes persistent and targeted, then it might be considered harassment and can enter legal territory.

Trolling also has different styles. Some trolling is overt and obvious: name-calling, personal attacks, character assassinations, spreading lies, releasing private information (i.e., doxing), complaining to employers, threats, etc. And sometimes it can be covert and sneaky: social media stalking behind a block, sealioning, talking about someone without tagging or naming them (e.g., sub-tweeting), etc.

Trolling is multi-causal. This means that it isn’t caused by any one reason, but rather by many reasons that can add up and interact with each other in a perfect storm to produce trolling. The most helpful way to think about these causes is to divide them into two broad categories: reasons outside of a person (i.e., environmental factors) and reasons inside of a person (i.e., individual factors).

Environmental factors that contribute to trolling.

The online disinhibition effect: This phenomenon describes an illusion of invincibility and invisibility. A person is more likely to troll from behind a screen than face to face due to a false sense of security. Metaphorically, the online environment can produce a sort of mental veil that seems to open a release valve into some of the darker corners of human nature — not unlike the “liquid courage” and disinhibition that alcohol can provide. Unsurprisingly, combining the online disinhibition effect with alcohol use can be a recipe for disaster.

Anonymity: If a person engages anonymously online, then it’s like the online disinhibition effect has just taken steroids. It is easier to troll with the illusion of no accountability and no connection to one’s life off-line.

Tribalism: The power of the group can add more fuel to the fire. Like a pack of wolves, humans are social creatures and have an innate desire to be part of a group. When many members of a group are trolling a target, a sense of belonging can be achieved by conforming to the group’s behavior.

Individual factors that contribute to trolling.

Personality: There are many ways of understanding personality. In essence, personality traits are deeply ingrained patterns of thinking and behaving. One way to understand one particular aspect of personality is to focus on some of the darker sides of human nature, which researchers have called the dark tetrad: sadism, psychopathy, narcissism, and Machiavellianism. The dark tetrad has been found to be associated with trolling. Within the dark tetrad, sadism have been found to be the strongest predictor of trolling, which describes the tendency to derive pleasure or enjoyment from being cruel or demeaning to others. It is important to recognize that sadism in this sense occurs on a spectrum — people can have more or less sadistic tendencies.

Ideologically possessed beliefs: Some people are married to their beliefs and don’t believe in divorce. In other words, some people can rigidly over-identify with particular beliefs (e.g., about health, gender, racism, politics, etc.) to the extent that they might engage in trolling behavior when those beliefs are threatened. People don’t like when their worldviews are poked and prodded because it can be very upsetting when someone is told that the way in which they understand the world is wrong. It can also feel personal and can result in lashing out for protection. Research has shown that people perceive trolling as more deserved and justified when they perceive that the target has committed an offense.

Conditioning: Not everyone finds demeaning people to be rewarding and reinforcing. But this is the experience of people with stronger sadistic tendencies. One framework to help understand trolling is what psychologists call conditioning. Operant conditioning is the study of reward and punishment to influence behavior. For some, this might dredge up images of rats or pigeons dancing for food pebbles. Basically, trolling behavior can feel rewarding in two ways: the pleasure experienced from getting a rise out of a target (positive reinforcement) and in some cases, the pleasure experienced by avoiding or distracting from aspects of life that are uncomfortable (negative reinforcement). Like a slot machine, randomly responding to trolling just strengthens the motivation for it continue.

Simultaneously, there are classical conditioning processes going on — reminiscent of a dog that salivates when you open the cupboard because they know they’re about to eat. A dog salivates because they’ve learned that the cupboard represents food. In the same way, people with sadistic tendencies that engage in trolling salivate, so to speak, when they learn that their target represents the pleasure that they’ll experience when they troll.

What can you do about trolling?

There isn’t exactly a one-size-fits-all approach to handling trolling because it’s complex, multi-causal, and ranges in severity. But there are sure-fire ways to cope.

First, social support is paramount. Many people have experienced trolling and it can be tremendously beneficial to relate to others and to express your thoughts and feelings. There are also a variety of online resources that could be helpful.

Second, the lesson from operant and classical conditioning is obvious — don’t feed the trolls! If you deprive the experience of pleasure from someone who engages in trolling behavior, then they will learn that they cannot derive pleasure from trolling you and will likely desist. The block function on social media is one way to assert this boundary and also delivers the message: “I deserve to be treated with respect, kindness, and good-faith engagement.”

Lastly, trolling can result in many mixed emotions. In this vein, it’s important to develop and practice mental health coping skills, such as those derived from cognitive-behavioral therapy (CBT) and dialectical behavior therapy (DBT). If you’re struggling with mental health concerns, then you should seek help from a professional. If you’re being harassed and feeling threatened, then you should call the police and seek legal counsel.

It is important to remember that respectful disagreement is not trolling — and in fact, voluntary engagement in uncomfortable conversations is necessary for growth intrapersonally, interpersonally, and socially. And at the same time, no one is owed your engagement.

It is healthy to set boundaries with people that do not have your best interests in mind. Sometimes walking away is necessary.

The post The Psychology of Online Trolling appeared on BIDD.