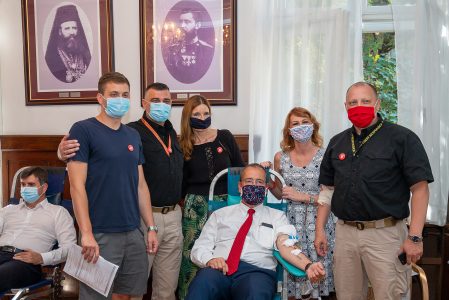 The Embassy of the United States of America announced that it marked the 19th anniversary of the terrorist attacks on September 11 on Friday by donating blood voluntarily with Ambassador Anthony Godfrey and members of the embassy with their partners and friends.
After the terrorist attacks of September 11, 2001, many Americans wanted to help their community in the best possible way, and a huge number did so by donating blood, the embassy said in a statement.

Continue reading The US Embassy marked September 11 with a voluntary blood donation campaign at Diplomacy&Commerce.