Key stakeholders of the circular economy (CE) sector in Serbia (from representatives of relevant ministries and institutions, local governments, the business sector to experts and international actors) gathered at the conference “National Circular Economy Perspectives – Seizing Opportunities” held in Belgrade on November 27, 2019. They discussed about recognised key potentials available to Serbia in this sector, as well as the necessary directions for further sector development.

“The circular economy is not only an environmental issue, but also has economic and social implications and it is therefore necessary to consider it in a broader context, stressed the Minister of the Environment of the Republic of Serbia”, Mr. Goran Trivan in his opening address. “Understanding the complexity of improving the situation in the field of waste management, Germany’s support in this regard has been present in Serbia since 2005, and it will certainly continue in the coming period especially in the introduction of value chains in Serbian companies and innovations in the private sector”, said HE Mr. Thomas Schieb, the Ambassador of the Federal Republic of Germany to the Republic of Serbia. “At a time when the European Commission was advocating the introduction of the circular economy concept into its regulatory framework in 2015, the GIZ in Serbia started the discussion on its implementation. Recognising the development potentials for Serbia, initiatives have been launched to exactly identify the benefits to economy and society from the transition to this model”, said Ms. Marija Bogdanovic, GIZ “Climate Sensitive Waste Management (DKTI)” Project Leader. 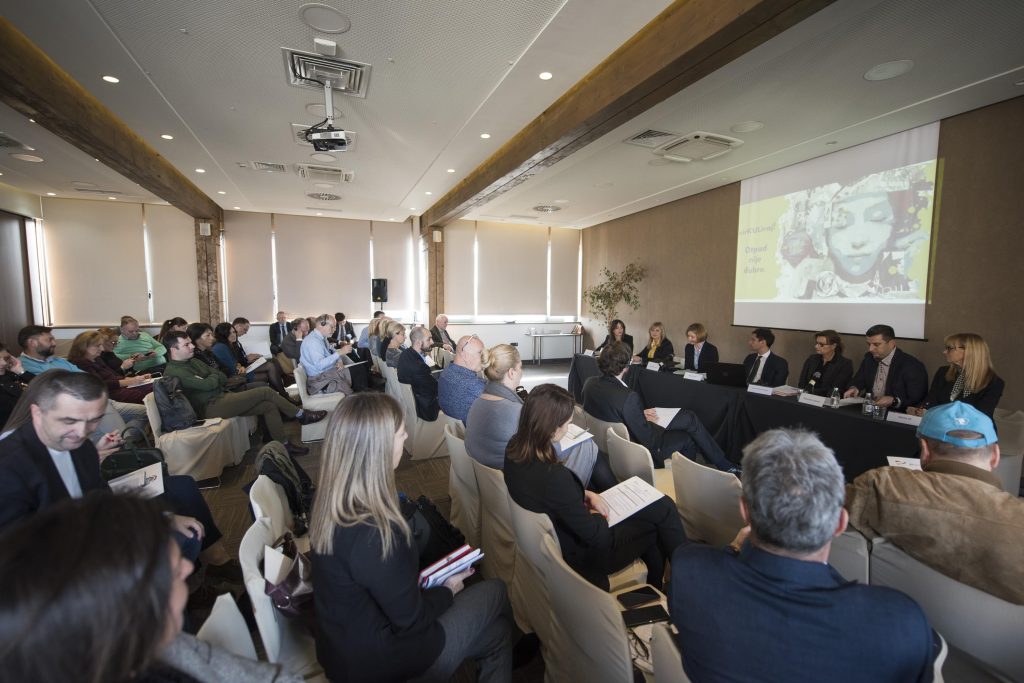 Working on the establishment of framework for CE, through analyses and consultation process with decision makers, as well as by setting goals and measures with an accompanying action plan, the priority sectors with the greatest potential for introducing CE have been identified. From this process, three analyses of the economic effects on the implementation of CE in Serbia were produces and presented at the conference. Analyses of the following sectors: (a) Agriculture / HORECA and food waste; (b) plastic packaging sector; and (c) electrical and electronic waste were prepared in cooperation with the expert team of the Centre for Advanced Economic Studies (CEVES).

In order to further support businesses and private sector development, especially of SMEs, different activities are being carried out in cooperation with the Chamber of Commerce and Industry of Serbia to introduce value chains into business operations. During 2020, action plans will be developed for 20 SMEs to use secondary raw materials in their production processes.

Also, the cooperation of the GIZ project with NALED on the preparation of the CE Program in the Republic of Serbia was announced which, after analysing the existing documents, will also include consultations with relevant stakeholders and the development of an action plan. Upon completion, the Program will be submitted to the Ministry of Environment as to finalise the document that will present the basis for the implementation of activities in this area over the period of three years. 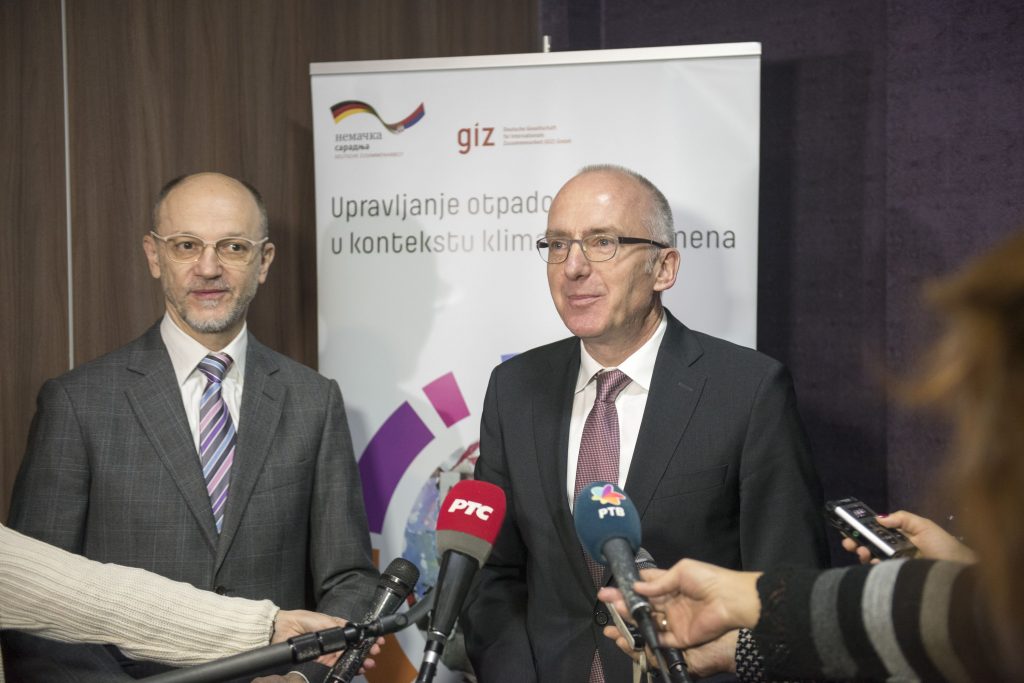 Cooperation with the Ministry of the Environmental Protection through the work of the intersectoral body for circular economy, the Serbian Chamber of Commerce and 17 local governments in three waste management regions (South Backa, Rasina and Lapovo) will continue throughout 2020.

With local self-local governments continuously receiving more responsibilities related to waste management and the environmental protection activities in general, in cooperation with the Standing Conference of Towns and Municipalities a Capacity Analysis of the Transition towards Circular Economy on Local Level with recommendations for practical policies at the local level is being developed.

The conference was organised within the German Development Cooperation project “Climate Sensitive Waste Management (DKTI)” implemented by Deutsche Gesellschaft für Internationale Zusammenarbeit (GIZ) GmbH in partnership with the Ministry of Environmental Protection of the Republic of Serbia.

The post Towards a Circular Economy appeared first on Nemačka saradnja u Srbiji.