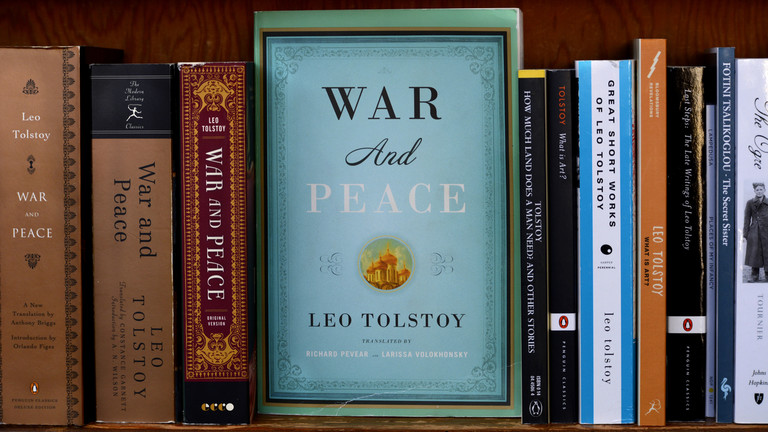 Leo Tolstoy’s ‘War and Peace’ and other works that supposedly glorify the Russian military will no longer be taught in Ukrainian schools, Kiev’s ministry of education announced on Tuesday.

“All these will be completely excluded from foreign literature,” first deputy Minister of education Andrey Vitrenko said in an interview with the TV channel Ukraine 24. “So, for example, ‘War and Peace,’ this will not be studied in Ukraine anymore.”

The ministry is still working on the final list of works by Russian writers that will be excluded from the curriculum, Vitrenko added.

His comments follow last month’s announcement by Kiev’s Ministry of Culture and Information Policy that works of literature “promoting Russian propaganda” would be removed from Ukrainian libraries and replaced by Ukrainian books.

“Propaganda is a dangerous weapon. Russian lies are poisons all around today,” deputy minister Larisa Petasyuk said on Facebook at the time. 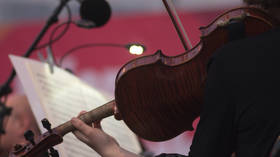 Tolstoy’s sprawling account of the Russian Empire during the Napoleonic wars was originally published in serialized form between 1865 and 1867. In an 1880 article in a French magazine, Russian novelist Ivan Turgenev called it “one of the most remarkable books of our age” and “the great work of a great writer” depicting a “true, real Russia.”

It has since been translated into numerous world languages and adapted for TV and the silver screen on more than one occasion – most recently in 2016.

Kiev has banned Russian works of art – and language instruction – long before the current conflict, however. In March 2019, the Ukrainian government prohibited some 40 works of art due to their mention of Russian businesses, artists, social networks, internet portals, the USSR or Soviet political figures. Among the works banned on that occasion was Mikhail Bulgakov’s novel ‘The Master and Margarita,’ which had also been censored in the USSR.

The post Ukraine to ban ‘War and Peace’ appeared on BIDD.